An Oregon man who got stuck in a Burger King bathroom is suing the fast food restaurant for allegedly backing out of its “free food for life” offer.

According to Portland news station KATU, Curtis Brooner claims that he was trapped in the bathroom at a local Burger King for around an hour on Dec. 15 while employees laughed outside the door. A locksmith was eventually able to free him.

“He went to the restroom, washed his hands and when he went to pull the door it wouldn’t open,” Brooner’s attorney, Michael Fuller, told KATU. “They gave him a fly swatter to ‘jimmy’ the door open, which actually cut his hand.”

However, Brooner isn’t suing the restaurant for the bathroom incident alone. Fuller says that the Burger King manager offered his client “free food for life” to make things right before reneging on the deal just a few weeks later.

Now, Brooner has filed a lawsuit for a little over $9,000, the approximate cost of a weekly $7.89 burger meal for the rest of his life.

“We determined his life would last 72 years which is about 5 years less than average based on his frequent consumption of cheese burgers,” Fuller said. ““I think we will reach a fair settlement. My client was presented with an offer, he accepted it and a deal was a deal.”

Burger King did not immediately respond to a request for comment on this story. 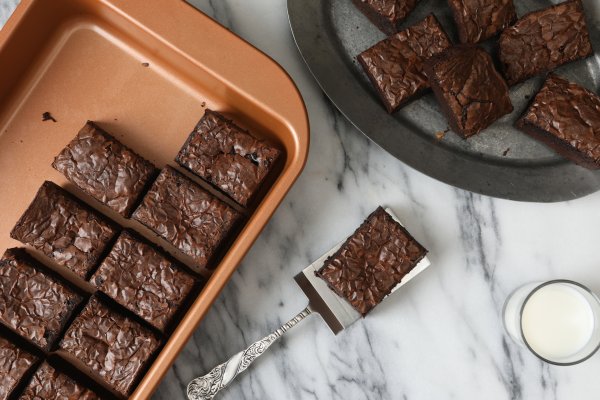 One Way to Feel Fancy Is to Eat This $500 Brownie Covered in Gold
Next Up: Editor's Pick