(Bloomberg) — Nick Winke, a photographer in the Pacific northwest, was perusing internet forums when he came across a complaint that alarmed him: On certain Samsung Electronics Co. smartphones, users aren’t allowed to delete the Facebook app.

Winke bought his Samsung Galaxy S8, an Android-based device that comes with Facebook’s social network already installed, when it was introduced in 2017. He has used the Facebook app to connect with old friends and to share pictures of natural landscapes and his Siamese cat — but he didn’t want to be stuck with it. He tried to remove the program from his phone, but the chatter proved true — it was undeletable. He found only an option to “disable,” and he wasn’t sure what that meant.

“It just absolutely baffles me that if I wanted to completely get rid of Facebook that it essentially would still be on my phone, which brings up more questions,” Winke said in an interview. “Can they still track your information, your location, or whatever else they do? We the consumer should have say in what we want and don’t want on our products.”

Consumers have become more alert about their digital rights and more vigilant about privacy in the past year, following revelations about Facebook’s information-sharing practices and regulators’ heightened scrutiny of online data collection. Some people have deleted their Facebook accounts in protest of the company’s lapses, while others simply want to make sure they have the option to do so. Many Android phone users have begun to question Samsung’s deal to sell phones with a permanent version of Facebook — and some of them are complaining on social media.

A Facebook spokesperson said the disabled version of the app acts like it’s been deleted, so it doesn’t continue collecting data or sending information back to Facebook. But there’s rarely communication with the consumer about the process. The Menlo Park, California-based company said whether the app is deletable or not depends on various pre-install deals Facebook has made with phone manufacturers, operating systems and mobile operators around the world over the years, including Samsung. Facebook, the world’s largest social network, wouldn’t disclose the financial nature of the agreements, but said they’re meant to give the consumer “the best” phone experience right after opening the box.

Balwinder Singh’s experience wasn’t what he would consider the best. Singh, who lives in the Susquehanna Valley of the eastern U.S. and works in transportation, bought his Samsung phone seven months ago. He first tried to delete the Facebook app when he was setting up the device.

“My news feed was full of negative stuff, people going crazy on social media,” he said. “It was affecting me emotionally and mentally.” Even after disabling the app, he was bothered to still have it on his phone.

Samsung, the world’s largest smartphone maker, said it provides a pre-installed Facebook app on selected models with options to disable it, and once it’s disabled, the app is no longer running. Facebook declined to provide a list of the partners with which it has deals for permanent apps, saying that those agreements vary by region and type. There is no complete list available online, and consumers may not know if Facebook is pre-loaded unless they specifically ask a customer service representative when they purchase a phone.

Consumer-advocacy groups have been skeptical of such arrangements for years, according to Jeff Chester, executive director of the Center for Digital Democracy.

“It’s only recently that people have become to understand that these apps really power the spy in your pocket,” he said. “Companies should be filing public documents on these deals, and Facebook should turn over public documents that show there is no data collection when the app is disabled.”

Facebook isn’t the only company whose apps show up on smartphones by default. A T-Mobile US Inc. list of apps built into its version of the Samsung Galaxy S9, for example, includes the social network as well as Amazon.com Inc. The phone also comes loaded with many Google apps such as YouTube, Google Play Music and Gmail; Google is the creator of the Android software that powers the phone. Other phone makers and service providers, including LG Electronics Inc., Sony Corp., Verizon Communications Inc. and AT&T Inc., have made similar deals with app makers. When Twitter’s app is loaded on a new phone by default, it wouldn’t collect any data unless a user had an account or created a new one, and opened the app and logged in, the company said.

But Facebook, which has spent the past year apologizing for security breaches and data privacy scandals, is the one drawing ire about its irrevocable presence on Samsung’s phones. “Very slimy,” Twitter user Gopinath Pandalai in Bangalore, who goes by @gopibella, wrote on the site in October. “Been a Samsung customer for 10 years. Time to move on.”

In December, Justin McMurry, whose Twitter handle is @BoutSebm, wrote that he considered Facebook a privacy threat. “If I can’t delete it, this will be the last Samsung product I ever own.”

Apple Inc., whose iPhone is the top-selling smartphone in the U.S., doesn’t pre-install Facebook or any other third-party apps on its new phones.

José Cortés, a Spaniard living in Sweden, has started using Facebook on his phone more infrequently, sharing less because he doesn’t like the way it broadcasts his activity to his friends. If there’s an event coming up on Facebook, he never marks that he’s going or interested, even if he is, because he dislikes that his attendance will advertise the event to his other friends.

“I understand Samsung is trying to make it easy for the user, but I don’t like that it does not allow me to uninstall,” he said. For his next phone, he said he’ll consider buying something else. 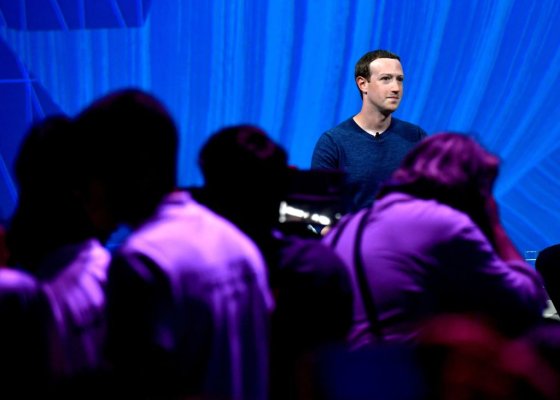