The safety of rapper Cupcakke has been confirmed, after the popular rap artist shared posts on social media suggesting she was considering taking her life.

“I’m about to commit suicide,” she tweeted on Monday evening. On Instagram, she shared a screenshot of the same tweet, captioning the post, “Thank you for everything y’all have done for me I really appreciate it.” Concerned fans and friends rallied to ascertain her status following the posts, with some sharing updates to social media as they gathered information.

Cupcakke is known for her boisterous, sexually overt style of rap, which she has shown off in a series of popular EPs and albums, including 2018’s Ephorize and recent release Eden. She has collaborated with stars like Charli XCX, Kelela and Princess Nokia, and performed at shows and festivals across the country; she is scheduled to perform in the U.K. this spring. Charli XCX shared a message to Cupcakke online following the posts: “You have taught me and so many others so much about being ourselves, embracing exactly who we are and being proud of where we come from and what we stand for,” she wrote. “You have so much more to teach.”

If you or someone you know may be contemplating suicide, seek out a mental health professional or call the National Suicide Prevention Lifeline at 1-800-273-8255. 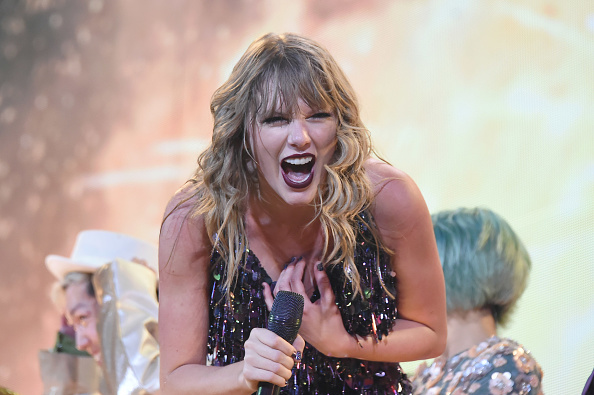 Here's Why Taylor Swift Fans Are Pretty Sure We're Getting a Mermaid-Themed Album
Next Up: Editor's Pick