Award show telecasts aren’t always as engaging as the red carpet shenanigans, but at the 2019 Golden Globes, “the Fiji water girl” made a persuasive case for viewers to tune into the pre-show festivities.

Fiji water girl, a.k.a. Kelleth Cuthbert, was just a lady with a tray when she hit the red carpet with Fiji water bottles ahead of the 76th Golden Globes on Sunday night.

That was until the model was snapped smiling in the background of countless photos of ever so slightly less famous A-listers.

The internet quickly exploded with memes of her finding her lens in photos of celebrities like Tony Shalhoub, Regina King, Jim Carrey, Idris Elba, Amy Adams, and Nicole Kidman. Her proximity to fame prompted unhinged levels of hilarity reserved only for the most exciting breakout stars. So perhaps it should come as no surprise that more than 50,000 people tweeted her photos within hours of her debut.

Her photobomb gave people a viral way to imagine what she could be thinking, which she explained in an interview wasn’t much at the time.

“The photographers have to take so many shots, so rapidly,” she told PEOPLE. “Obviously, your face doesn’t look perfectly pleasant in all of them, so they captured lots of expressions [where I’m] naturally making weird faces.”

And she didn’t realize she was trending on Twitter until later because she was working the crowd.

“I had absolutely no idea what was happening because I obviously didn’t have my phone on me,” she said.

But the Fiji water girl wasn’t even trying for instant fame for the spotlight.

“There’s tons of photographers everywhere. It doesn’t matter where you stand, you’re in the crossfire of every shot,” she explained. “You’ve gotta have good face, at least, if you’re gonna be hovering in the background frequently.”

Beyond the internet, guests of afterparties wanted a selfie of the world’s most famous water carrier.

Everyone, please return your Golden Globes. The night belonged to Kelleth. 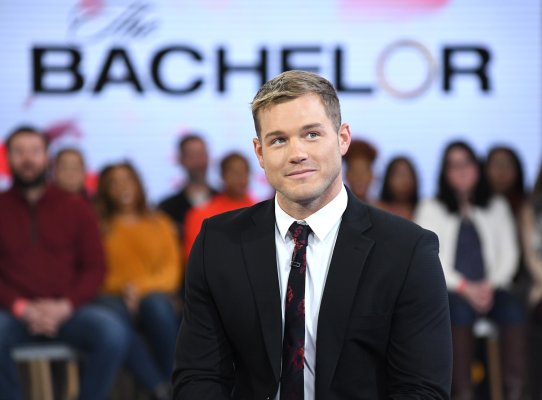 Bachelor Contestant Strategically Uses a Fake Australian Accent to Up the Competition
Next Up: Editor's Pick