Chancellor Angela Merkel was one of around 1,000 people affected by the data breach.
Florian Gaertner—Photothek via Getty Images
By George Steer

German police say they have arrested a man responsible for the data-breach that rocked the German establishment last week.

The 20-year-old man from the western state of Hesse, who lives at home with his parents and calls himself ‘G0d’ on Twitter, confessed to releasing the information in early December, though news of the leak only became public on Jan. 3.

The cache of documents, which affected Chancellor Angela Merkel, as well as representatives of all the main parliamentary groups except the right-wing AfD, includes personal phone numbers and addresses, internal party documents and credit card details, according to Germany’s federal criminal police (BKA). Close to 1,000 people, including journalists and other public figures, were also targeted.

“In the course of the interrogation, the suspect confessed to acting alone in spying and illegally publishing the data,” Georg Ungefuk, a prosecutor specialising in cyber-crime, told a press conference. “Regarding his motivation, the suspect said that he was angry with the public statements of the targeted politicians, journalists and public personalities.”

Documents were published online in the style of an advent calendar, with new information released daily throughout December from the @_0rbit Twitter account, which was followed by 18,000 people before it was deleted earlier in January. German authorities are under fire for failing to spot the information sooner; the German Green party leader, Robert Habeck, who had personal chats with family members leaked, and has since deleted his Twitter and Facebook accounts, according to the BBC. 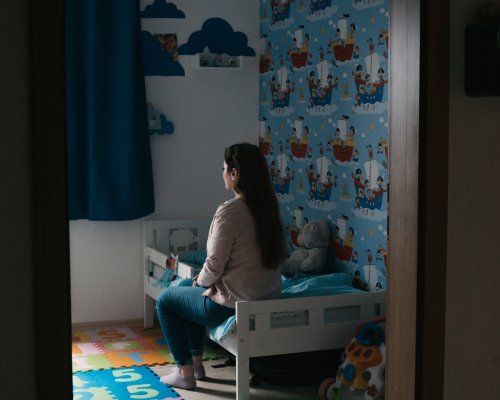 Syrian Women Are Embracing Their New Lives in Germany. But at What Cost?
Next Up: Editor's Pick