The Syria Withdrawal Shows the Problem With Trump Going Off-Script

After more than two weeks of contradictory statements regarding when President Donald Trump would pull American troops from Syria, the Pentagon has been left guessing. U.S. military commanders don’t know what strategy to pursue, Administration officials told TIME. Should they intensify operations on the remaining ISIS fighters holed up in a stretch of desert near the Iraq-Syria border? Should they devise a logistics plan to move forces, weaponry, and equipment to nearby military bases outside the country? They’re not sure, so they’re pursuing both. “It’s honestly a mess right now,” one official told TIME. “The back and forth is painful.”

Trump’s latest pronouncement, Monday on Twitter, suggested that the U.S. military mission in the war-torn country was open-ended. “We will be leaving at a proper pace while at the same time continuing to fight ISIS and doing all else that is prudent and necessary!” he wrote.

But the announcement was the latest in a series of dizzying statements made by senior Administration officials since Trump abruptly announced on Dec. 19 that all 2,000 ground troops currently stationed in Syria would be immediately coming home. Since then, the Administration has whipsawed to say that it would continue to maintain the U.S. presence across half-dozen military bases in the country without a definitive timeline. “There are objectives that we want to accomplish that condition the withdrawal,” National Security Adviser John Bolton told reporters in Jerusalem, where he went to allay concerns over the pull-out. “The timetable flows from the policy decisions that we need to implement.”

Trump’s initial impromptu decision, hastily made during a Dec. 14 phone call with Turkish President Recep Tayyip Erdogan, has become the latest example of Trump’s reliably inconsistent presidency. From the start of his Administration, Trump has opted to improvise, calculate risk and quickly make a decision rather than stick to a detailed script provided by his aides. The President’s strategy is at odds with many of his predecessors, who would rely upon intelligence assessments, talking points and policies pre-negotiated by staff.

Typically, presidential phone calls and meetings with foreign leaders are highly choreographed events with clear parameters of what will be — and perhaps more importantly, what won’t be — discussed. Dozens of staffers from the White House National Security Council work in advance for weeks, or months, to ensure that America’s interests are furthered through conversations with foreign leaders.

During the call with Erdogan, for instance, Trump was advised to dissuade the Turkish leader from pushing his forces deeper into northern Syria. But when Erdogan began asking why American forces were there at all, considering ISIS has lost roughly 99% of its territory, Trump acquiesced. He vowed to withdraw the troops. It was a decision made contrary to the advice of top U.S. generals and national security advisers.

“The President is an unguided missile,” said David Rothkopf, author of “Running the World: The Inside Story of the National Security Council and the Architects of American Power.” “He has no historical context, he has no diplomatic experience and he’s easily manipulated because he’s always been under siege domestically and politically, so he’s looking for a win.”

When Trump announced his decision to pull-out, it sent shockwaves through Washington and the rest of the world. “Our boys, our young women, our men, they’re all coming back and they’re coming back now. We won,” he said in a video posted on Twitter. Foreign allies, U.S. lawmakers, and even Trump’s top military and diplomatic officials were stunned and searching for answers. The ensuing chaos led to the high-profile resignations of Defense Secretary James Mattis and Brett McGurk, the State Department’s special envoy to the coalition fighting ISIS. “The recent decision by the president came as a shock and was a complete reversal of policy that was articulated to us,” McGurk wrote in an email to colleagues obtained by the New York Times. “It left our coalition partners confused and our fighting partners bewildered.”

It wasn’t the first time Trump shot from the hip on a foreign policy matter with a world leader. In January 2017, on his eighth day in office, Trump berated Australian Prime Minister Malcolm Turnbull about an Obama Administration-era agreement to take in about 1,250 refugees from an offshore Australian detention center. He called it “a horrible deal, a disgusting deal that I would have never made,” according to transcripts published by the Washington Post.

In May 2017, Trump revealed classified intelligence when he again went off-script and invited Russian Foreign Minister Sergei Lavrov and then-Ambassador Sergey Kislyak into the Oval Office, according to a Post report. The information was said to have revealed sensitive Israeli intelligence source.

That same month, during his first visit to NATO headquarters in Brussels, Trump cut from his speech a mention of Article 5 — the defining section of the NATO treaty about mutual defense — only to affirm it later under pressure.

In March 2018, Trump called Russian President Vladimir Putin to congratulate him on his re-election, despite being specifically warned not to do so by national security advisers. His briefing papers were emblazoned with the words, “DO NOT CONGRATULATE,” according to the Post.

In June 2018, Trump unexpectedly agreed to Kim Jong Un’s request to suspend military exercises by U.S. and South Korean forces on the Korean Peninsula, long a source of concern for Pyongyang’s hair-trigger military.

In July 2018, Trump met with Putin in Helsinki, talking without aides present for over two hours, then emerging to declare that the Russian leader “was extremely strong and powerful in his denial” of meddling in the 2016 election. That same month, the White House suspended the long-held practice of publishing public summaries of the President’s phone calls with world leaders.

Trump may not entirely subscribe to past U.S. presidents’ tendency toward strategic predictability, but it’s his prerogative whether or not to heed the advice of advisers, said David Priess, a former CIA analyst and author of “The President’s Book of Secrets: The Untold Story of Intelligence Briefings to America’s Presidents.”

“We elect a president, not a bureaucracy, to execute policy,” he said. “The danger is that the United States government is involved in so many ways in so many countries that it’s very hard for any one person to stay on top of it all.”

The system, he said, is in place to “help the President avoid committing himself to something he has to pull back from.” 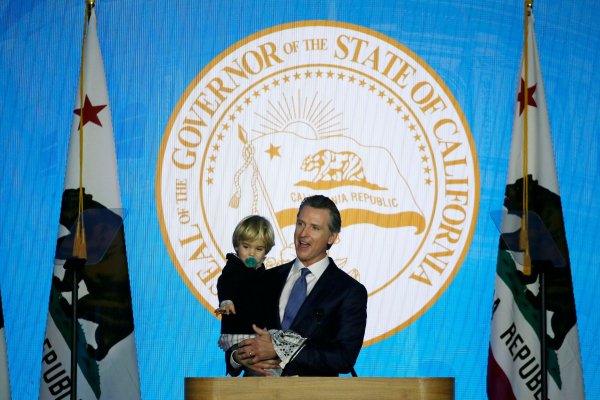