If you have any doubt that Kamala Harris’ new autobiography, out today, might be related to the upcoming presidential election, it should be well over by the time you get to the minor anecdote on page five.

“I remember that when I was a little girl, my father wanted me to run free,” the California Senator recalls. “He would turn to my mother and say, ‘Just let her run, Shyamala.’ And then he’d turn to me and say, ‘Run, Kamala. As fast as you can. Run!’ I would take off, the wind in my face, with the feeling that I could do anything.”

The book, The Truths We Hold, reads exactly like the kind of campaign memoir that you expect it to be. In this case, it has an unexpected twist: It’s not aimed at voters in the general election; it’s aimed at winning the Democratic primary. But along the way, it also reveals what she thinks it will take to win the general election, provided she gets the nomination.

These books are never great literature. Harris moves through the steps of her own life at a dizzying pace, like a harried screenwriter trying to cram a 1,000-page novel into an hour and a half movie. But if books like this aren’t great for readers, they are helpful for voters, who can gain some insight through seeing which issues and personal stories their authors deems important enough to highlight. (One helpful point in Harris’ case: her name is pronounced comma-la.)

Harris alternates between personal anecdotes that humanize her — the first section of the book might as well be called “Dreams From My Mother” — and sharp asides about the Trump Administration’s policies and her own political ideas that could come right from a pit stop at Pizza Ranch.

She opens the book with the perfect blend of the personal and political, recounting the tears that welled up in her 9-year-old godson’s face on Election Night in 2016 when it started to look like Trump was going to win and how she ate an entire family-sized bag of Doritos later that night to cope. (“Didn’t share a single chip.”) She simultaneously tells the story of her own historic win that night as she became only the second black woman elected Senator.

These stories are targeted directly at the Democratic base, the grassroots volunteers who will start deciding the party’s nominee in the coming months. The book lays out a roadmap to winning over those voters: Supporting immigration and marijuana legalization; opposing police brutality and mass incarceration; highlighting income inequality, rising college tuition and health care costs and the opioid crisis; and criticizing pharmaceutical companies, payday lenders and “greedy predatory corporations.”

On another level, the book makes clear that while Harris was mostly raised by her mother, an Indian immigrant, she feels strong ties to her father’s African-American roots, from the community where she was raised to her experiences at historically black college Howard University and her time as district attorney in San Francisco.

In a potent metaphor, she notes that she loved how “okra could be soul food or Indian food, depending on what spices you chose.”

Highlighting these ties is both personal and political for Harris. Black voters may very well decide the Democratic nominee. As one of the most loyal constituencies of the Democratic Party, they play a key role in several early states, including her home of California, which moved up its primary to play a more influential role.

She gives subtle nods to her experiences as a woman, noting how refreshing it was to have a female colleague in the “male-dominated environment” of her summer internship in a district attorney’s office, recalling the skirt suit she wore to her first trial “back before women were permitted to wear pants in the courtroom” and talking about her work with survivors of sexual abuse and exploitation.

The path she is following in the book is clear, and it was blazed by Barack Obama in 2008. But where the then-Senator from Illinois sought from the start to stress that there was not a red America and a blue America, the Senator from California is banking on outrage from blue America to fuel turnout in 2020 the way that it did in the 2018 midterms.

To that end, she highlights Trump Administration policies that have drawn ire on the left: the travel ban, the family separation policy at the border, attempts to repeal the Affordable Care Act, the 2017 tax cut, the proposal for a border wall, opposition to efforts to address climate change and the confirmation of Brett Kavanaugh to the Supreme Court. Although she never connects the issue to President Trump, she spends several pages discussing election security and Russian attempts to influence U.S. politics, highlighting a bill she coauthored with Republican Sen. James Lankford that stalled in the Senate.

Still, Harris shows a cautious streak that is reminiscent of Obama’s approach to politics. Although she endorses Medicare for All, she talks about it more as a long-term aspiration. “Even if we could snap our fingers and make Medicare for All a reality, this alone would not alleviate the problems in the system,” she notes.

Elsewhere, she praises the idea of a jobs guarantee program, while raising pragmatic, almost Obamaesque, doubts.

“Rather than guarantee a base cash payment, a federal jobs guarantee would ensure that anyone who wants to work will have a good-paying job with dignity,” she writes. “It’s an idea straight out of President Franklin Roosevelt’s Economic Bill of Rights. Is it possible? Would it work? If it’s part of ‘the Plan’ you’re running on, you’re compelled to say yes. But the better answer is ‘Let’s find out.'”

In the end, “let’s find out” may be less inspiring than “run, Kamala,” but it is a mark of a decent campaign book that it provides the reader with both. Will it be enough for voters? We’ll find out soon enough. 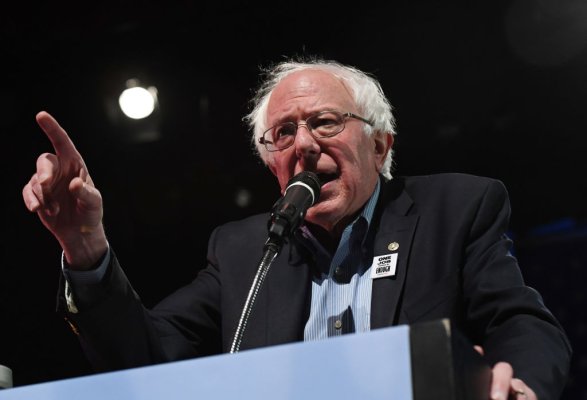