Republican congresswoman Liz Cheney, Dick Cheney’s older daughter, has fired back at Christian Bale for likening her father to Satan during his 2019 Golden Globes acceptance speech on Sunday.

While accepting the award for best actor in a musical or comedy film at the 76th Golden Globe awards, Bale thanked Satan for giving him the inspiration to play Dick Cheney in Adam Mckay’s controversial biopic Vice. “[McKay] said, ‘I’ve got to find somebody who can be absolutely charisma-free and reviled by everybody,'” Bale said of the director’s decision to cast him. “So he went, ‘Ah it’s got to be Bale.'”

The former vice president’s daughter took to Twitter to tweet a response to Bale’s remarks in which she referenced the actor’s 2008 arrest in connection with an allegation of assault.

“Satan probably inspired him to do this, too,” she captioned a report detailing the allegations that were brought against Bale by his mother and sister following an incident at a London Hotel. Bale was accused of “lashing out” at his family members, according to BBC News. However, he denied the allegations at the time and was never charged due to “insufficient evidence.” 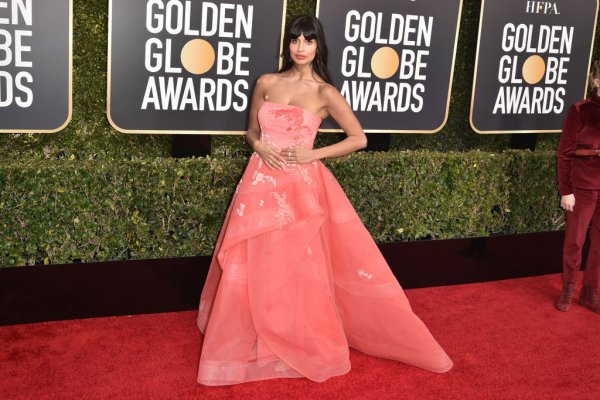 This Was the Happiest Mistake to Happen at the Golden Globes Red Carpet
Next Up: Editor's Pick