Though neither John Krasinski nor Emily Blunt won awards at the 2019 Golden Globes, the married couple’s perfection still managed to shine through the television screen.

Blunt, who was nominated for Best Actress in a Musical or Comedy at the 76th Golden Globes for her revival of Julia Andrews’ iconic character in Mary Poppins Returns, took the stage with the original film’s legendary Dick Van Dyke.

And when cameras panned the audience, they found Krasinski, cheering on his wife with the most enthusiasm. Blunt reacted with a sweet smile, capturing the hearts of everyone watching.

It’s not the first time a celebrity’s cheers from the audience have become sensational on the internet, though. It’s hard to forget the meme of Meryl Streep’s audience cheer from the 2015 Screen Actors Guild Awards, or her reenactment of the meme at the 2018 Oscars. Krasinski’s cheers for Blunt—who starred with Streep in The Devil Wears Prada—were easy to compare.

Twitter users immediately fell in love with Krasinski’s romantic and emphatic support. The pair got married in 2010, and have provided evidence to many fans that true love can exist in Hollywood. 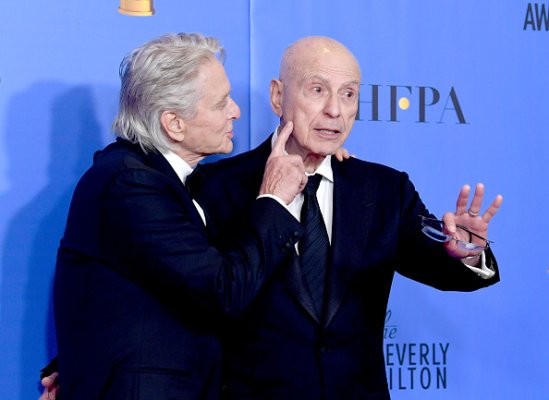 Alan Arkin's Stoic Face at the Golden Globes Is Absolutely Everything
Next Up: Editor's Pick