Thousands Stung After Sudden Surge of Jellyfish on Beaches in Australia

Beachgoers in Queensland, Australia were in for a shock after strong winds pushed enormous numbers of jellyfish ashore, stinging thousands and forcing the closure of many of the state’s famous swim spots.

The BBC reports that more than 2,600 people were treated over the weekend, while about 13,000 stings were reported over the past week.

Most of the encounters happened in the popular Gold Coast and Sunshine Coast regions.

A sting from the bluebottle jellyfish can be painful, but not life-threatening.

“I have never seen anything like this – ever,” Surf Life Saving duty officer Jeremy Sturges told the Guardian, calling the sudden surge of the creatures an “epidemic.” 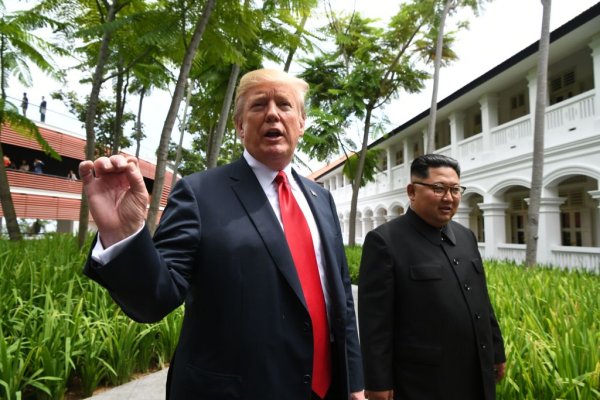 Trump Says a Second North Korea Summit Is in the Works
Next Up: Editor's Pick