'You Can't Run, Baby.' The Mother of a Woman Accused of Killing a Manicurist Urges Her to Surrender

The mother of a fugitive wanted for the alleged killing of a Las Vegas nail salon owner urged her daughter to surrender to authorities Saturday as a weeklong manhunt continued.

“You can’t run, baby,” Sharon Whipple told her daughter, Krystal Whipple, in an interview with ABC News on Jan. 5. “You cannot run. You have to come forward.”

Krystal Whipple, 21, is wanted by police after allegedly running over and killing the owner of a nail salon on the afternoon of Dec. 29. Whipple left the salon after trying to pay for a $35 manicure with a fraudulent credit card, saying she would retrieve cash from her car, according to Las Vegas police. Whipple was attempting to flee when 51-year-old Ngoc Q. Nguyen jumped in front of the vehicle.

Security camera footage of the incident released by the Las Vegas police department showed Nguyen dragged underneath the vehicle. Nguyen’s husband also attempted to stop Whipple from leaving by grabbing her car from behind. Nguyen later died at the University Medical Center of Southern Nevada (UMCSN), according to police.

Police said the vehicle, a black convertible sedan, was reported stolen from an auto rental agency last month. It was later found abandoned in a nearby apartment complex, according to the Associated Press. Whipple’s current whereabouts are unknown.

“It is important that we get this suspect into custody as the victim’s family and this community deserve to have her answer for this horrible crime,” Las Vegas Metropolitan Police homicide department Lt. Ray Spencer said in a public statement. Spencer also requested that anyone with information about Whipple contact the authorities at 702-828-3521 or homicide@lvmpd.com. 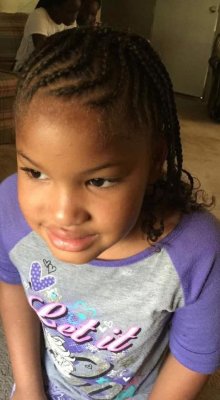