Transportation Security Administration (TSA) agents and other federal employees continue to work without paychecks during the current government shutdown, and some appear to be fed up.

On Friday, CNN reported that many TSA officers have called out of work this week in at least four major airports. Though Department of Homeland Security spokesman Tyler Houlton called the story “fake news,” the TSA has admitted that sick calls have increased.

“Security effectiveness will not be compromised and performance standards will not change,” the TSA said on Twitter Friday. “TSA is grateful to the agents who show up to work, remain focused on the mission and respectful to the traveling public as they continue the important work necessary to secure the nation’s transportation systems.”

Thinking ahead before you leave for the airport can be the difference between making your flight and missing it. That means leaving plenty of time to get to the airport, check in, make it through security and get to your gate. The TSA recommends travelers arrive two hours before a domestic flight and three hours prior to an international trip, though it may make sense to leave more time than that if you are anticipating major delays.

Some airports leave passengers in the dark about what kind of security lines to expect, but others take a more informative approach. At New York’s LaGuardia and JFK airports, travelers can check the security wait times at their gates before they leave for the airport. Those times are estimates, and they’re subject to change, but they can give travelers a good idea of what to expect.

The TSA says that unprepared passengers can have a significant impact on wait times at security checkpoints. Even if you’re waiting in a long line, it still pays to be ready when it’s your turn to go through security screening, both in order to get to your gate faster and to speed things along for your fellow travelers.

That means knowing the security guidelines before you leave for the airport in order to decrease your chances of getting stopped at a TSA checkpoint. Passengers should make sure to check that their liquids, aerosols and gels are packed in compliance with the 3-1-1 liquids rule, meaning they’re packed in travel-size containers of 3.4 ounces or 100 milliliters each. Each passenger is limited to a one-quart bag of liquids, gels and aerosols total for carry-on bags.

Passengers can also avoid getting stopped with a prohibited item by making sure to check the “Can I Bring My…?” feature on tsa.gov to determine if they can bring an item in a carry-on, a checked bag or if they should leave it at home.

It can also help to be ready when you get to the front of the security line. For instance, the TSA recommends travelers take items out of their pockets and put them in a carry-on bag before they go through security in order to speed things along and make sure nothing gets left behind.

In the midst of the stress of traveling, it can be easy to forget the reason why there may be delays in the first place. During the government shutdown TSA employees, as well as hundreds of thousands of other federal employees, are not being paid, though TSA agents are still required to show up to work. According to the CNN report, that situation might be what’s causing the increase in TSA agents calling in sick in recent days.

TSA employees at airport checkpoints are the ones who work despite not knowing when their next paycheck will come. A smile or a kind word could go a long way for those government employees still doing their best to serve the country.

President Trump said Friday that the shutdown might drag on for “months or even years,” so kindness might be the most that many of us can do. 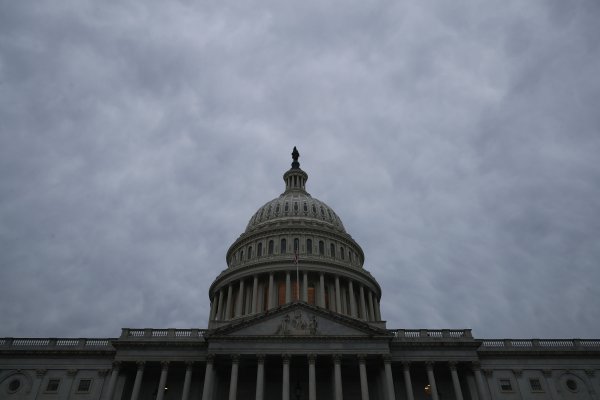 Here Are Some Unexpected Effects of the Shutdown
Next Up: Editor's Pick