Money issues are a common source of anxiety — and they can have negative effects on heart health for both young people and for those who are older, researchers have found.

In a new study published in the journal Circulation, scientists collected data from nearly 4,000 people for 15 years, starting from when they were 23 years to 35 years old. They asked them for their income at the start of the study and four more times, and also analyzed their medical records for heart events and deaths. During the study period, the researchers found that people who experienced more income volatility — which mostly consisted of drops in income — had more than double the risk of having heart problems, and nearly double the risk of dying early, compared to those with more stable incomes. Much of the income instability resulted from periods of unemployment or pay cuts after changing jobs.

Researchers also focused on people who had lost 25% or more of their income from the last assessment and found that both volatility and reductions in income were associated with greater risk of heart events like heart attacks, strokes and heart failure, as well as early death.

The size of the effect surprised the scientists. “We assumed that income drops or frequent changes in income were probably not good for health, considering that these are thought of as stressful events. But we were surprised by the magnitude of the effect we saw, since we were looking at a relatively young population,” says Tali Elfassy, assistant professor of epidemiology in the department of public health sciences at University of Miami, and one of the study’s co-authors. “These were strong effect sizes.”

Drops in income seemed to have an especially pronounced effect on heart disease and deaths. People who experienced more than two drops in income during the study period had a 2.5 greater risk of having heart events and nearly double the risk of dying compared to people whose income was more stable.

While the study was not designed to explore what drives the link between income changes and heart events, previous research established a strong connection between stress — which can be triggered by income changes — and adverse effects on the heart. Stressful events can contribute to obesity, which is a risk factor for heart disease, as well as high blood pressure. Low income may also play an independent role. Having a lower socioeconomic status has also been connected to poorer heart health, since people with low or unstable incomes tend to smoke more, get less regular exercise and see their doctors less frequently, all of which can add to the risk of heart problems.

The results suggest that people of all ages should pay more attention to less obvious, non-medical factors — like income — when it comes to their health, says Elfassy. “Clearly, even among a younger population, income is very important,” she says. “Income changes can be major life events. A lot of times we think of older populations as vulnerable to these changes, but younger populations are certainly vulnerable to these types of financial stresses as well.”

Doctors, too, should ask their patients about major life events that could be sources of stress, including changes in economic status. “It makes sense for physicians to ask if anything traumatic has recently happened to their patients,” says Elfassy, “so they can refer them to seek mental health counseling or give them positive words of affirmation.”

Since income often isn’t within people’s control, focusing on addressing stress could be one way to improve heart health. Finding coping mechanisms, including exercising or going for regular walks every day, may help, as could finding social support networks to lessen the stress of a fluctuating income. 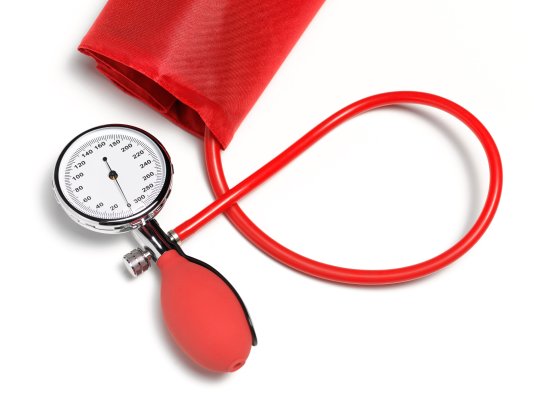 Why Barbershops May Be Key to Improving Black Men's Health
Next Up: Editor's Pick