The Long, Violent History of the Russian Prison Where the American Accused Spy Is Being Held

U.S. Marine veteran Paul Whelan is likely to face isolation, cold showers and intense interrogations in the Russian prison where he is being held on spying charges, according to experts and accounts from people who survived detention there.

Lefortovo Prison in Moscow, where Whelan is being held, has a long, violent history. During Joseph Stalin’s “Great Terror,” most political prisoners taken there were shot or tortured to death, according to Russian human rights nonprofit International Center Memorial.

Founded in 1883 by Tsar Alexander III, the prison passed through generations of Russian and Soviet security officials – from the NKVD (the Interior Ministry in the early Soviet Union), to the KGB and finally the contemporary Federal Security Service (FSB). Lefortovo has historically housed some of the Soviet Union and Russia’s most prominent political prisoners and dissidents, including Alexander Solzhenitsyn, who immortalized the Soviet labor camp system in the novel Gulag Archipelago.

More recently, human rights activists have reported torture and physical abuse in Russian prisons. However, foreigners like Whelan have faced conditions designed to wear them down psychologically, Anne Applebaum, the Pulitzer Prize-winning author of Gulag: A History, tells TIME.

The prison’s most famous recent prisoners have included a Norwegian man accused of spying and Ukrainian sailors seized in November in the strait between mainland Russia and Crimea.

An Undated handout image released by the Whelan family showing Paul Whelan of Michigan who has reportedly been arrested in Moscow, Russia by the FSB under charges of espionage despite the family advising he was in Russia for a wedding in Novi, Michigan on Jan. 1, 2019.
Whelan Family/Handout/EPA—EFE/REX/Shutterstock

Whelan, 48, a corporate security expert from Michigan, was in Russia for a wedding when he was arrested Dec. 28 by Russian authorities, his family said. On Wednesday, American consular officials were granted access to Whelan for the first time.

A foreigner accused of spying would likely be held in solitary confinement, Applebaum says. Historically, Soviet and Russian prisons have used isolation as a way to make prisoners more susceptible to interrogation – along with darkness or bright lights, insufficient food or blankets and controlled access to bathrooms and showers, Applebaum says.

Applebaum notes that she has not visited Russian prisons since the late 90s, but says that conditions in Russian prisons have remained markedly consistent. Physically, many Russian prisons still look the same as they did in the late 1940s and 1950s – and are controlled by many of the same people who ran them under the Soviet Union.

“Russian prisons have not undergone any real reform,” said Applebaum. “There’s no sense that these are monuments to the past that need to be shut down.”

Elena Masyuk, a reporter for independent Russian newspaper Novaya Gazeta who says she toured the prison in 2013, wrote that inmates at the prison faced uncomfortable conditions, such as showers only once a week and only cold water in the prison cells.

However, in other ways prisoners were more comfortable than in other Moscow prisons, which are known to be crowded.

“Lefortovo is clean, quiet, and in the corridors are carpets that are brown-beige in color. Unlike other prisons in the metropolitan area, it is only a little more than half full,” she said.

Nicholas Daniloff, who was held in Lefortsovo in 1986 on charges of espionage, wrote in an account in U.S. News & World Report that while he had not faced physical abuse, he had been worn down by “mental torture.”

He described being interrogated during his time there by a man named Colonel Sergadeyev.

“The colonel never raised his voice or pounded the table. He was never abusive or overtly threatening. He was a pro. He played with my emotions, posing alternatively as a ‘good cop’ and a ‘bad cop.’ He controlled all information that reached me. He controlled my food, my exercise, my life. But the time I was freed, he had made me feel guilt where there was none.” 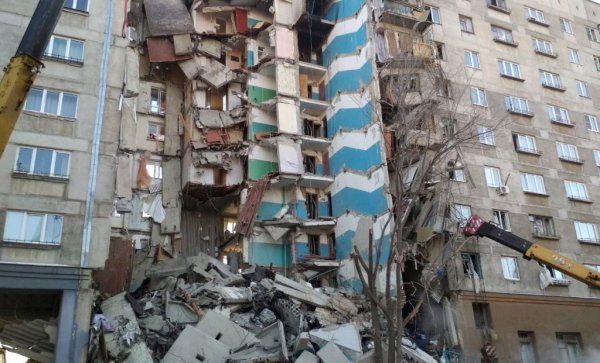 Suspected Gas Explosion in Russia Kills at Least 3
Next Up: Editor's Pick