The most exciting such event for U.S.-based stargazers may be the so-called “Super Blood Wolf Moon Eclipse” on Jan. 21, says Christian Veillet, an astronomer at the Large Binocular Telescope Observatory in Arizona.

“The January lunar eclipse will be special, at least for the U.S. It’s really seen by the whole of America and South America and nicely centered, so everyone will be able to see all the totality phase of it, so it’s a nice show,” he says.

Viellet says 2019 won’t have any solar or lunar events that are especially rare, like 2017’s total solar eclipse, which was the first of its kind to be visible exclusively from the United States since the country’s founding. Still, there’s plenty to see in the night sky over the next 12 months. Of course, like all celestial happenings, your ability to view these events can depend on your location on Earth as well as the local weather.

From the Super Blood Wolf Moon Eclipse in January to the total solar eclipse in July, here are five solar and lunar phenomena to watch in 2019:

On Jan. 6, stargazers in parts of East Asia and the Pacific will be able to witness a partial solar eclipse.

January’s partial solar eclipse will the last until April 2022, when another will be visible in parts of South America and Antarctica.

On Jan. 21, people in North America, South America, Greenland, Iceland and more will be able to view a lunar eclipse that some are calling the “Super Blood Wolf Moon Eclipse.”

The astronomical event, a simultaneous total lunar eclipse and a “supermoon,” will take place on the night of Jan. 20 into the morning of Jan. 21. During the event, the moon will fall completely into Earth’s shadow, and appear red-colored and slightly larger than usual for about an hour.

The Super Blood Wolf Moon Eclipse will be the last total lunar eclipse until 2021.

A total solar eclipse occurs when the moon blocks the entire view of the sun, leaving just the corona visible to those viewing from Earth. (While the sun is 400 times bigger than the moon in diameter, the moon happens to be 400 times closer to Earth, giving it the relative size needed to block out the sun.)

July’s total solar eclipse will be relatively long, lasting almost two minutes in some places. According to NASA, the longest total solar eclipse of the 21st century occurred in July 2009, lasting six minutes and 39 seconds; it was visible through most of Southeast Asia.

On July 16, people in much of Europe and Asia, as well as parts of south and east North America, South America and Antartica, will be able to view a partial lunar eclipse.

A partial lunar eclipse occurs when the Earth moves between the sun and the moon, but the bodies are not perfectly aligned. During a partial lunar eclipse, the moon falls partially into Earth’s shadow (also called the umbra), leaving only a portion of it visible to those on Earth.

July’s partial lunar eclipse will be the last until November 2021.

The day after Christmas 2019, people in eastern Europe, much of Asia, and northern and western Africa will be able to witness a “ring of fire” caused by an annular solar eclipse.

An annular solar eclipse occurs when the moon appears to cover the center of the sun, leaving just the sun’s outer edges visible — forming a so-called “ring of fire.” Annular comes from the Latin word for ring, “annulus.”

The next annular eclipse will be in June 2020. 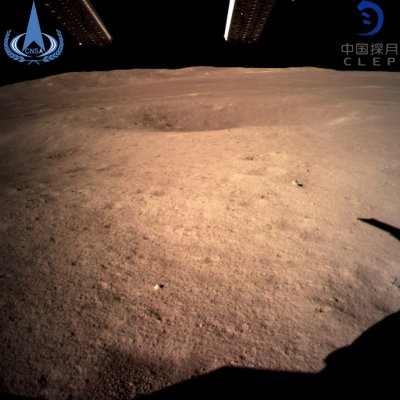 Why China's Historic Moon Landing Is Good News
Next Up: Editor's Pick