'I Just Have to Sit Here and Twiddle My Thumbs.' Scientists Face Delays and Uncertainty as Government Shutdown Continues

As far as Douglas Holmes knows, he has to submit a research proposal to the National Science Foundation (NSF) on Monday. But as the partial government shutdown nears its two-week mark, leaving the NSF and other government agencies dark, Holmes, an assistant professor of mechanical engineering and materials science and engineering at Boston University who wants to study soft robots that would help surgeons perform minimally invasive procedures, has more on his mind than research.

“Time typically spent refining the science of the proposal is now spent wondering about deadlines, submission protocol and technicalities,” Holmes says. “The proposal preparation process can be confusing under normal conditions, and these are far from normal conditions.”

Holmes isn’t the only scientist grappling with uncertainty. Although the NSF is still accepting online applications during the shutdown, its program officers are unable to approve, review or even answer questions about submissions. At other totally or partially shuttered agencies, including the National Oceanic and Atmospheric Administration, the U.S. Geological Survey (USGS) and the Department of Agriculture, furloughed employees have paused not only their research, but also their correspondence, conference schedules and business travel. Across fields, science has stalled — and the effects could potentially slow the flow of research findings, put funding for some projects in jeopardy and even threaten new scientists’ careers.

“The ramifications are going to get more and more acute each day this shutdown drags on,” says Anne Jefferson, an associate professor of geology at Kent State University who has been crowdsourcing stories on Twitter using the hashtag #ScienceShutdown. “Government employees, graduate students, professors like me, environmental consultants, people who need regulatory answers — thousands upon thousands of people are being affected by the shutdown.”

The most immediate impact, of course, is on federal employees who cannot work during the partial shutdown. (Health and science hubs including the National Institutes of Health and the Centers for Disease Control and Prevention remain funded and operational.) But the ripple effect is far larger than that, Jefferson says. Federal scientists serve as journal editors, keynote speakers and collaborators on research projects, papers and proposals that fall outside government work; plenty of academic researchers also rely on federal data to do their jobs. “All of that,” Jefferson says, “has ground to a halt.”

Jefferson, for example, is working on a research proposal about urban watersheds that’s due to the USGS at the end of January. She’s required to have a federal scientist as a co-principal-investigator, which means she currently can’t work with her primary collaborator, four weeks out from their deadline.

“Maybe we can go another week without talking to another collaborator or talking to a program officer, but at some point, the rest of us are going to have to say, ‘This is not worth our time,'” Jefferson says. “[If that happens,] we’ve lost a whole year until that competition happens next year.”

Early-career scientists — who often rely on federal grants from funding agencies like the NSF — may disproportionately bear the burden of the shutdown, says Jennifer Heemstra, an associate professor of chemistry at Emory University.

Heemstra, a peer reviewer who advises the NSF, currently can’t access a grant proposal she’s supposed to review. That obstacle is a “minor inconvenience” for Heemstra, she says, but it could be a major issue for the researchers awaiting news of their project status.

“Federal research grants in the sciences are primarily used to support students and postdoctoral researchers,” Heemstra explains. “That money, that federal funding, is going to support the training of our STEM workforce. If there’s a disruption in the flow of that money, that’s disrupting the ability of our trainees to do their work.”

One postdoctoral fellow at a small government agency, who asked to remain anonymous to avoid future professional consequences, says young scientists are facing challenges even beyond research. As a federal employee, they’re barred from using their professional email during the shutdown — a seemingly small issue that they say could have outsize consequences.

“I have a few deadlines for abstract submissions and for travel applications coming up that I’m afraid I’m going to miss, because I can’t do anything in an official capacity,” they say. “I have to do as much as I can from my personal networks, but effectively this cuts me off from the job that’s supposed to give me access to a research career.”

And if the shutdown continues, they say they may have to miss conferences where they’ve been invited to speak, an invaluable networking opportunity for a budding scientist.

“Conferences are where I get to present the research that I’ve been doing for the government and I get to show off my technical work and talk to interested potential stakeholders about working with us,” they say. “If I can’t go to conferences and do that, then my entire function is kind of in question. I just have to sit here and twiddle my thumbs and do arts and crafts instead.”

These missed opportunities add up, they say. And since they’re in a postdoctoral position that’s capped at two years, they only have so much time to make up the difference.

“Every lost line on a resume or a CV, every talk that we can’t give, every conference that we can’t go to, can make a really huge difference,” they say. “I need to get a next job.”

The stakes are high for young scientists currently in the field. But they may be even higher for those currently deciding whether to enter it at all, Jefferson says. 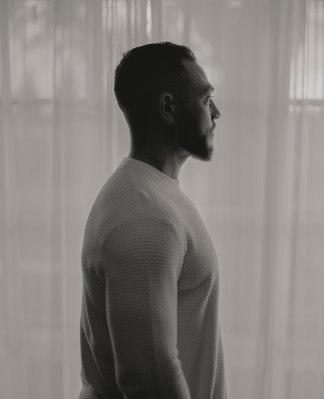 The Silent Shame of Male Infertility
Next Up: Editor's Pick