Nancy Pelosi Says It Could Be Possible to Indict President Trump

Nancy Pelosi has indicated she thinks a sitting president can be indicted.

Speaking with the Today show ahead of being sworn in as House speaker for the second time on Thursday, Pelosi was asked whether special counsel Robert Mueller should abide by the Department of Justice’s guidance stating a sitting president can’t be indicted in his investigation of Russian interference in the 2016 election.

“I do not think that that is conclusive,” Pelosi said. “No, I do not.”

When asked whether Mueller could indict President Trump over his campaign’s alleged connections with Russia, Pelosi seemed open to the possibility.

“I think that is an open discussion, in terms of the law,” she said.

Issued in 2000, the guidance from the DOJ’s Office of Legal Counsel says, “The indictment or criminal prosecution of a sitting President would unconstitutionally undermine the capacity of the executive branch to perform its constitutionally assigned functions.”

Pelosi noted that “It’s not the law,” while speaking with Today. “Everything indicates that a president can be indicted after he is no longer president of the United States,” she said.

Pelosi also did not rule out the possibility of Trump being impeached. 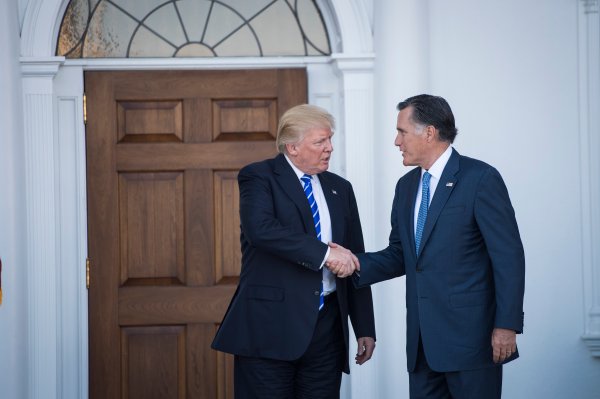 Why Mitt Romney Is Picking a Fight with Donald Trump
Next Up: Editor's Pick