Defining an Oscar Movie Is Harder Than Ever. That Can Only Be a Good Thing

After a year when all kinds of films seemed award-worthy, Oscar season is now open season
Chris Gash for TIME
By Stephanie Zacharek

We used to think we knew an Oscar-worthy movie when we saw one: you could always place your Best Picture office-pool bet on a classy spectacle (Lawrence of Arabia) or a story that tackled a significant social issue of the day (Kramer vs. Kramer). When in doubt, you’d go with an extravagant crowd pleaser (The Sound of Music), though only in rare instances would you put money on a comedy (Annie Hall). A heist movie? Forget it.

But looking back at 2018, what even makes an Oscar movie an Oscar movie? Especially in a year when one of the biggest contenders may be a picture you watched at home on Netflix? If you pay attention to online Oscar pundits–handicapper types who try to predict likely winners by tracking that admittedly nebulous indicator we call “Oscar buzz”–you’ll see that the same titles keep bubbling to the top: they include Alfonso Cuarón’s deeply emotional, semiautobiographical Roma, which got a limited theatrical release but can also be watched on Netflix; Bradley Cooper’s audience hit A Star Is Born, starring Lady Gaga; and Damien Chazelle’s First Man, featuring Ryan Gosling as astronaut Neil Armstrong, the kind of prestige picture the Academy often takes seriously.

But wait a minute: What Academy are we talking about? The old one, circa 2015, made up largely of aging white men? Or the newer, evolving one? In 2018 the Academy of Motion Picture Arts and Sciences invited some 900 new members–including a significant percentage of women and minorities–into its ranks. Membership is now at more than 8,000, the group’s largest ever. Might this revivified selection of Oscar voters have some new ideas of what constitutes an Oscar movie?

Take a picture like Peter Farrelly’s Green Book, based on a true story, in which a racist, working-class joe (Viggo Mortensen) learns a crucial lesson about racial equality when he drives a cultured, educated musician (Mahershala Ali) through the segregated South of the early 1960s. Early last fall, Oscar prognosticators seemed certain Green Book would be an awards front runner. But after the movie opened to disappointing box-office numbers, its Oscar buzz began to drain away. Some critics have found the film retrograde to the point of being racist. In reality, it’s probably just the kind of outmoded “message” film we feel we’ve outgrown, a work that spells out an antiracism lesson that most Americans don’t think they need to hear (even if some actually do).

Then there’s the case of Widows, a modern, grownup heist film with a nearly all-woman cast, including a dazzling Viola Davis. Directed by Steve McQueen–whose 12 Years a Slave won Best Picture in 2014–the film earned raves from audiences and critics alike at the Toronto Film Festival last fall. Perhaps because McQueen has already made an Oscar-winning film, and also because Widows tangles with serious ideas about women’s dependence on men, some speculated that the film might be a front runner. But as of early December, its chances seemed to be fading. Its box-office numbers didn’t jibe with its early festival popularity. That shouldn’t necessarily affect Oscar odds, but movies that don’t click with the public don’t always linger in the minds of Oscar voters, either.

What about box-office superhits like Bohemian Rhapsody, trashed by most critics but extremely popular with audiences? Or Black Panther, so far the top-grossing Marvel Cinematic Universe release of all, but a movie that also works, simply, as a piece of storytelling? In early August, when the Academy announced a plan to create a new Oscar category, Outstanding Achievement in Popular Film, observers speculated–probably correctly–that the new award was created as a way to recognize a film like Black Panther (or Bohemian Rhapsody) without having to “waste” one of the more serious awards on it. By September, the Academy had scrapped the idea, although chief executive Dawn Hudson has said that the organization is still trying to figure out new ways of honoring a wider variety of films. Regardless, it seems that Black Panther has opened a door to more creative thinking about what an Oscar movie can be.

In fact, in the 2019 Oscar race, it may be the social-issues pictures that get left out in the cold, specifically the three serious movies about troubled young men released this year: Boy Erased, Beautiful Boy and Ben Is Back. Two of these films deal with drug addiction; one is about a teenager forced into conversion therapy by his parents. The Academy–at least the one we used to know–used to gravitate toward movies about worthy subjects like these. But even if these pictures strike a nerve with moviegoers–or Academy voters–who are also parents, they blur together just a little too easily for any one to stand out.

Between prestige-laden front runners, audience-friendly wild cards and earnest pictures with classic values of family love and racial unity, defining what makes a movie Oscar-worthy has become increasingly difficult. The choices of this new, evolving Academy–one whose makeup will likely continue to shift in the coming years–may help us further redefine it for future years. Yet no matter what happens, shaking up the status quo can’t be a bad thing. And maybe some year–if not in 2019–a heist movie will have a chance at winning Best Picture. 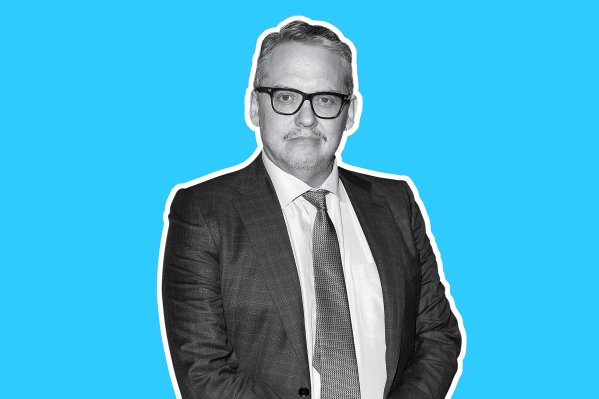 Vice Director Adam McKay on How to Laugh at Our Leaders Responsibly
Next Up: Editor's Pick