A serial killer dubbed China’s “Jack the Ripper” has been executed three decades after the first in a string of gruesome murders targeting women and girls.

Agence France-Presse reports that Gao Chengyong, 54, was sentenced to death after he was found guilty of raping, mutilating and murdering 11 female victims between 1988 and 2002.

The court that sentenced him in March 2018 announced his execution Thursday on China’s Twitter-like social media platform, Weibo, according to AFP.

Gao reportedly targeted young women who wore red, following them home and sometimes disemboweling them. In some cases, their reproductive organs were removed, according to local media reports.

Upon his conviction, the court said on Weibo that “many of his female victims’ corpses were damaged and violated,” according to AFP.

“The motives of the defendant’s crimes were despicable, his methods extremely cruel, the nature of the acts vile and the details of the crimes serious,” the court’s statement continued.

Police had been searching for the killer for years before his arrest in 2016. 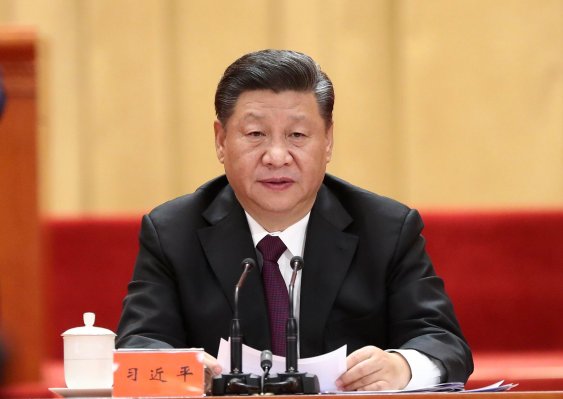 Xi Jinping Says Taiwan's Unification With China Is 'Inevitable'
Next Up: Editor's Pick