Netflix‘s latest horror film, Bird Box, has thrilled its viewers — enthralling some so much, that they’re recreating the blindfolded struggle that Sandra Bullock‘s protagonist, Malorie, and her two small children experience as they attempt to travel to a safe haven by river without seeing the terrifying creature that is driving everyone around them to take their own lives.

With the #BirdBoxChallenge, which emerged after the film’s release in December 2018, viewers blindfold themselves like Malorie and her children, with one person often guiding them blind as Malorie did. As might be expected, there’s plenty of potential for viewers to get hurt while wandering around with a blindfold on, something that Netflix is cautioning fans of the movie who are attempting to do the #BirdBoxChallenge. The streaming giant took to their Twitter on Wednesday afternoon to implore viewers to exercise appropriate discretion and to “not end up in the hospital due to memes.”

Ahead of Netflix’s announcement, however, there were plenty of people who were determined to try out the #BirdBoxChallenge, often with hilarious — and cringeworthy results. 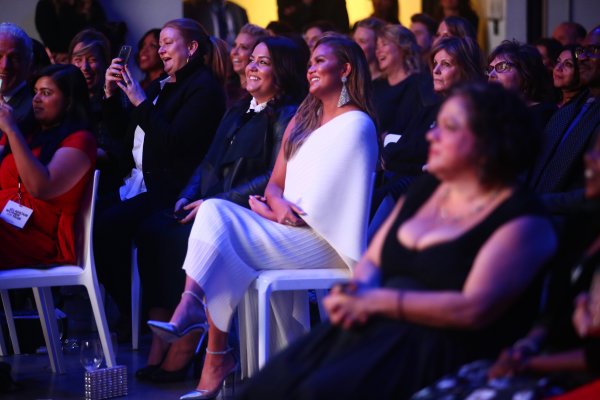 Chrissy Teigen's Umbrella Moment Is Already the Most Relatable Thing to Happen in 2019 So Far
Next Up: Editor's Pick