Every morning at 10 a.m., John Lauretig and dozens of volunteers get together just outside Joshua Tree National Park in California and get ready for a day that includes scrubbing toilets and collecting trash.

This has been the daily routine for Lauretig, 57, the executive director of the non-profit Friends of Joshua Tree, and many others in the community for the last two weeks.

“There are anywhere from 30 to 40 people showing up,” Lauretig tells TIME. “The local community has come together really well, even people visiting from out of town have decided to join after seeing our efforts on social media.”

As the partial government shutdown continues through its second week, volunteers across the country have organized at national parks across the country to donate their time and energy to collect trash, clear backed up toilets and, in some cases, clean up human waste on park grounds. Friends of Joshua Tree has also partnered up with local residents to organize drives to provide toilet paper for the park. Volunteers have now been dubbed the “toilet paper angels.”

Despite the shutdown most national parks grounds remain open. Visitors are entering without paying, and with no staff on hand, bathrooms are not being cleaned and trash cans are overflowing.

At Joshua Tree, Lauretig and volunteers from local rock climbing business Cliffhanger Guides are handling the dirty work themselves. Lauretig says the reason he has taken up the cause is because he wants to give back to a park he said has given him great memories.

“I live and recreate at this park and I want this land to be as great as can be for everyone visiting and that seems to be the same motivation for people volunteering,” he says. “They want to give back to the park and local community. A lot of these people are returnees and they’re more than happy to give back to this park.”

Yosemite National Park in California faces similar issues. Ken Yager, president of the Yosemite Climbing Association, has organized daily clean ups with up to 20 volunteers. He says volunteers pick up trash from overflowing garbage bins and garbage bags left behind and spread around by animals. According to Yager, another huge problem is visitors not cleaning up after their dogs and people leaving human waste in various parts of the park, leaving it to volunteers to clean up the toilet paper left behind.

Yager says the reason he has no problem cleaning up is because he has loved the national park since he was 13, when he dreamed of climbing El Capitan.

“I love the park,” he tells TIME. “I’m almost 60, I grew up seeing the crying Native American ad and that was very impactful. I spent my whole life in outdoors, my whole life in the woods and it bothers me when people don’t care for it. This park has always felt like home. It’s a special place and I just want to take care of it.”

Laretig says that he has no idea how long the government shutdown will last but says the volunteers do not plan on stopping until national park staff can go back to work.

“The community has been galvanized, we will last longer than the government shutdown,” he says.

Laretig admits there are plenty of things he’d rather do than clean up the national park, but he says it’s worth the effort.

“I’d much rather be at home, walking my dog enjoying a high heat desert day, but I understand these kind of things happen,” he says. “Along with park cleanliness we feel a need to protect and help federal land and I’m worried about the cultural and natural resources being unprotected. These artifacts are one of a kind, and once removed they will never come back.”

On Wednesday, Joshua Tree was forced to close due to toilets reaching capacity, human waste in public areas, people driving off-road and “other infractions that damage the resource are becoming a problem,” the National Park Service said in a statement.

Park Superintendent David Smith thanked volunteers who have helped maintain the park as best they could during the shutdown.

“I want to extend a sincere thanks to local businesses, volunteer groups and tribal members who have done their best to assist in picking up litter and helping maintain campgrounds,” Smith said in a statement Monday. “This is no reflection on their efforts and the park is very fortunate to have a community that exhibits the kind of care and concern witnessed over the last week.”

Other national parks suffering because of the shutdown are Rocky Mountain National Park in Colorado, which had to close their restrooms and trash bins due to overflowing. “Park staff are beginning to close restroom facilities and trash receptacles at many park locations due to human waste issues, wildlife concerns and overall public health,” the Park Service said.

Yosemite National Park in California also daces similar struggles. The park is open but areas like Mariposa Grove of Giant Sequoias, Hetch Hetch and Wawona and Hodgdon Meadow Campgrounds are all closed due to “human waste issues and lack of staffing,” the Park Service said.

According to the National Parks Conservation Association, the shutdown has put more than 21,000 Park Service employees -that work in 401 parks, monuments, historic houses, battlefield across all 50 states-indefinitely out of their jobs.

The shutdown was prompted after President Trump demanded $5 billion in funding for a border wall. Congress, now led by Democrats, have refused to fund the wall leading to the December 22 shutdown that has no end in sight. 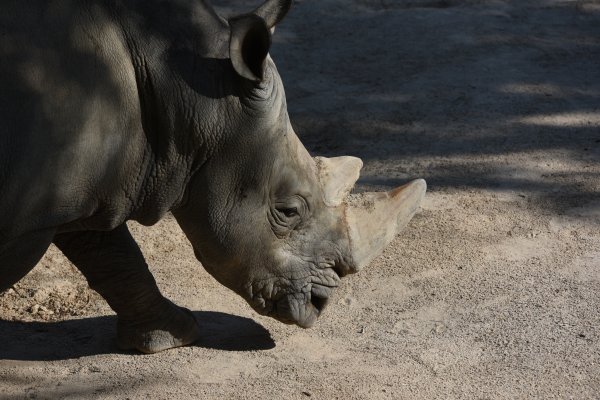 A 2-Year-Old Girl Was Hospitalized After Falling Into a Rhinoceros Yard at a Florida Zoo
Next Up: Editor's Pick