Retired Gen. David Petraeus, the former CIA director and commander of U.S. forces in Afghanistan, poured cold water on Monday on rumors he would come out of retirement to become President Trump’s new Secretary of Defense.

Petraeus, a friend of outgoing Defense secretary Jim Mattis, told the the BBC he “cannot envision returning to government at this time,” and that he was “not sure” his views aligned with the President’s.

He also voiced concern over Trump’s recent decision to pull U.S. troops out of Syria.

“It’s not unreasonable to ask after 17 years of war, ‘is this the best way to go about it,’” Petraeus told BBC Radio Four. “It doesn’t mean that I agree, necessarily, with the recent decisions, but to be truthful we don’t know the details of the policy yet.”

Asked whether he would take Mattis’ job, he said: “I think there does have to be policy alignment [with Trump,] and I’m not sure that exists, I’m afraid.”

That was a reference to Mattis, who in his resignation letter told Trump: “You have the right to have a Secretary of Defense whose views are better aligned with yours.”

In 2016, reports suggested Petraeus was among Trump’s top picks for the post of Defense secretary. At the time, Petraeus indicated he would likely agree to take the job if asked.

Petraeus was director of the CIA between 2011 and 2012. He resigned after a scandal in which details of an extramarital affair with his biographer were found by the FBI.

In 2015, it emerged he had passed classified government information to her; for the crime, he was sentenced to two years probation and fined $100,000. 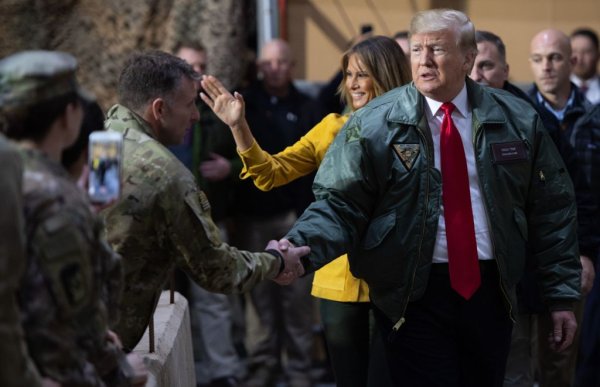