The Democratic Republic of the Congo will soon hold elections that could dictate whether it falls deeper into instability and conflict or begins to lay the groundwork for a more peaceful future. Already, government security forces have been accused of violent crackdowns on opposition supporters that have left over 50 wounded and at least seven dead in two weeks in early December. The election, currently scheduled for Dec. 30 although some regions won’t be able to vote, could mark the country’s first democratic transfer of power since independence. It’s an important moment for the Congolese people, and policymakers should focus on doing all they can to push the government to make the election credible, prevent wider violence, and hold officials accountable who corrupt the process.

But regardless of what happens on election day, or if the election is postponed once more, there are deeper forces at work that will help determine Congo’s future. The long-term, structural issue in Congo is that the state has been hijacked largely for the purpose of looting the country’s vast natural resource wealth, and the incentives for this system need to be changed in order for there to be real transformation in Congo.

Linked to the pillaging of natural resources in Congo is an issue affecting consumers around the world. We are usually completely unaware that our purchases of cell phones, computers, jewelry, video game systems, cameras, electric cars, and so many other products are helping fuel violence and grand corruption halfway around the world. We struggle to understand that our standard of living and modern conveniences are in some ways made possible and less expensive by the suffering of others. We all need to tell the politicians we vote for and the companies we buy from that we want them to reverse these deadly dynamics.

In Congo, successive regimes—from Belgian King Leopold II and the subsequent colonial era right up through the current regime of Joseph Kabila—have operated more like a mafia than a government. They have failed to protect the Congolese people and develop its economy. They have organized the state to cooperate with all kinds of foreign vultures to loot the country’s natural resources and privatize the considerable wealth of the country. For example, Israeli tycoon Dan Gertler and 33 of his companies are under U.S. sanctions after having “amassed his fortune through hundreds of millions of dollars’ worth of opaque and corrupt mining and oil deals in the Democratic Republic of the Congo,” according to the U.S. Treasury Department. Much of the money that should have been taxed and used for social services and infrastructure has ended up in the pockets of wealthy Congolese and foreign business interests. As we describe in our new book Congo Stories, today’s corruption and conflict in Congo cannot be separated from the kleptocratic system, the roots of which go back to colonial-era depredations, as well as more than a century of mas­sive bribery and kickback schemes by outside financial facilitators and multinational corporations.

Congo should be one of the wealthiest countries in Africa. It has limitless water from the world’s second-largest river, timber and oil, as well as almost every valuable natural mineral — diamonds, tin ore, coltan, copper, gold, and uranium. Instead, its people are some of the poorest in the world. Billions of dollars are being siphoned out of the country while billions in humanitarian and peacekeeping assistance are coming in to clean up the mess.

Congo has evolved into a true looting machine. Going back to the mid-to-late 1800s, a rotating den of highly armed thieves at the top has used extreme violence to privatize the wealth of the country. International commercial collaborators use associations with senior Congolese officials to plunder the country’s resources. For example, mining giant Glencore has paid over $100 million to Dan Gertler, and it was forced to pay $22 million in December for not properly disclosing risks related to doing business with Gertler.

Successive Congolese governments have been controlled or hijacked by small groups of politicians, businessmen, and military commanders, working closely with international bankers, arms dealers, and governments around the world. Their aim? To steal from the treasury, violently extract natural resources, and privatize all the considerable wealth of the country. For example, according to the Congo Research Group, the Kabila family controls over 80 businesses “in almost every part of the Congolese economy, including farming, mining, banking, real estate, telecommunications, and airlines.” Some of these businesses are reportedly protected by members of the Republican Guard, which has been accused of human rights abuses. This has left the government bankrupt and the people repressed, pitted against each other, and in extreme poverty.

Multiple levels of exploitation occur. The national army and rebel or militia leaders control or tax lucrative mines and other extortion schemes and have used rape as a means of social control, intimidating local populations and punishing those perceived as disloyal.

Several middlemen based in neighboring countries regularly arrange for the purchase and resale of Congo’s resources to certain international business interests run by people who are often accomplices. They acquire minerals to supply the demand of multinational corporations, which use the minerals in their products, such as smart phones, computers, and jewelry. Until they were forced to by the Dodd-Frank law and consumer pressure, the companies asked no questions about how the minerals ended up in their hands at such unbelievably low prices. Shady bankers and accountants help facilitate the theft, money laundering, and hiding of the ill-gotten wealth in shell companies, real estate, and bank accounts in other people’s names.

There must be consequences for such criminal behavior and corruption, from network sanctions to anti-money laundering measures to prosecutions. They must be accompanied by crucial reforms by the new Congolese government and multinational companies, including much greater transparency of natural resource contracts and state-owned companies, professionalizing of the army, and serious judicial reform.

Ensuring the upcoming elections happen in a credible, transparent manner is just one step in a long journey toward reforming the violent kleptocratic state that has been centuries in the making. But unless the incentive structures are addressed that currently favor mass corruption and extreme violence, Congo will be condemned to repeat its bloody history. 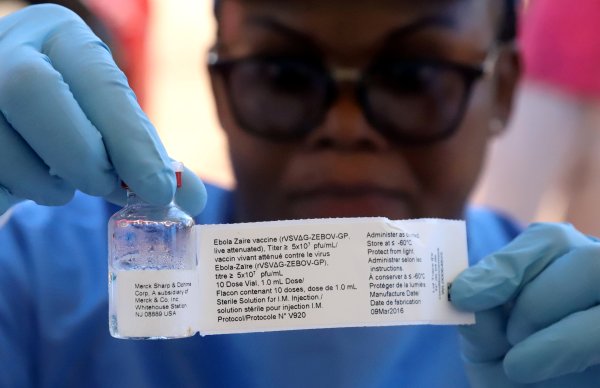