Trump Boasted 10% Raises to the Troops He Visited. The Actual Raise Is Much Lower

For years, sitting U.S. Presidents have shared the tradition of visiting military members around the holidays in order to boost morale. Former President Barack Obama visited the Marine Corps Base in Hawaii throughout his two terms, former President George W. Bush visited injured troops at Walter Reed Army Medical Center from 2003 to 2008 and President Donald Trump visited Walter Reed in 2017.

After speculation that he might break the tradition in 2018, Trump made a secret trip to visit with military members at the Al-Asad Air base in Iraq on Wednesday. But while addressing troops, Trump shared some inaccurate details about the raises they have been offered under his administration.

However, figures from the Department of Defense indicate military personnel have received at least a 1% raise each year since 2007, adjusted to resemble pay increases in the private sector.

Trump also suggested the sizes of the raises secured under his Administration have been larger than they actually were.

This isn’t the first time Trump has made this inaccurate claim.

Although the raises offered under Trump’s administration are higher than those from 2011 through 2016 — which averaged at 1.3% per year — neither 2018’s or 2019’s represent the highest in the last decade. 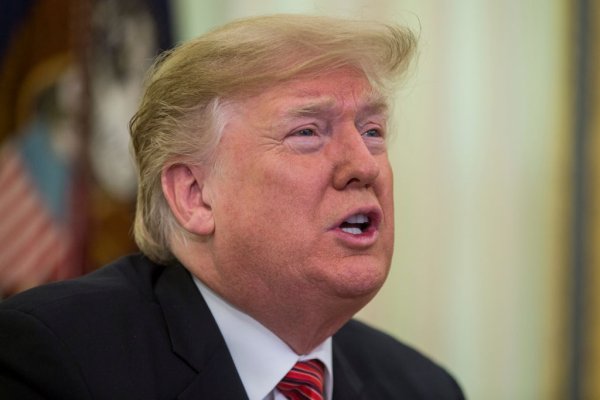 President Trump Claims Without Evidence That Most Federal Employees Impacted by Shutdown Are Democrats
Next Up: Editor's Pick