Former President Barack Obama came in first place for the 11th-consecutive year with 19% of the votes for the most admired man, while President Donald Trump came in second for the fourth year in a row, with 13% of the votes. Trump placed ahead of former President George W. Bush (2%), Pope Francis (2%) and philanthropist Bill Gates (1%).

Gallup has conducted their annual survey at the end of each year since 1946, missing only 1976.

According to Gallup, the poll is conducted by asking Americans an open-ended question to name the man and woman living anywhere in the world today whom they admire most.

Barack Obama is now just one first-place finish short of tying Dwight Eisenhower for the most times being Most Admired Man, Gallup said. Eisenhower won the distinction 12 times; before, during and after his two terms as president in the 50s.

Gallup pointed out that Trump and Gerald Ford are the only two Presidents not to win the honor while in office and that Presidents with “subpar job approval ratings“, like Trump, do not usually get the top spot. 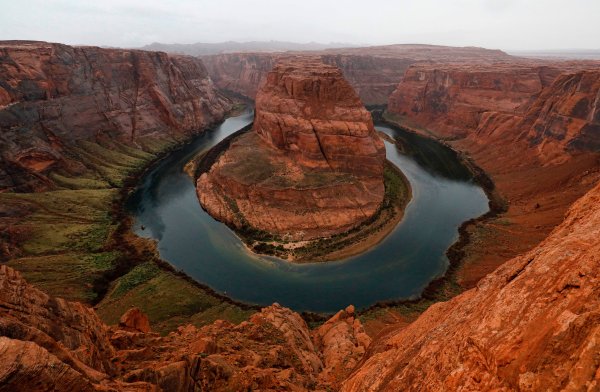 14-Year-Old Dies After Fall From Arizona Overlook
Next Up: Editor's Pick