In this photograph taken on April 21, 2018, Mount Everest (height 8848 metres) is seen in the Everest region some 140 km northeast of the Nepali capital Kathmandu.
Prakash Mathema—AFP/Getty Images
By Kamakshi Ayyar

The widows of two sherpas who died while helping climbers trying to summit Mount Everest will attempt to scale the world’s highest mountain themselves to complete their husbands’ unfinished journeys and inspire others like them.

Reuters reports that Furdiki Sherpa, 42, and Nima Doma Sherpa, 36, said in a statement that they want to “to close our pain and to honor our husbands by reaching the peak they could not.” Their husbands died on expeditions in 2013 and 2014, respectively.

Furdiki also told Reuters that she is undertaking the expedition “to spread the message that widows can accomplish even such hard adventures.”

The women have completed their training and have been summiting smaller peaks, Reuters reports.

Everest has been climbed by more than 4,800 people since the first summit in 1953, about 500 of them were women. But climbing Nepal’s most difficult peak is dangerous; avalanches and storms on the frosty slopes can easily turn deadly.

Despite the difficulties, thousands from around the world have attempted to scale the mountain, physical constraints notwithstanding. Earlier this year, Chinese double-amputee Xia Boyu finally conquered Everest after four failed attempts. In May 2017, Jeff Glasbrenner became the first American amputee to successfully reach the summit. 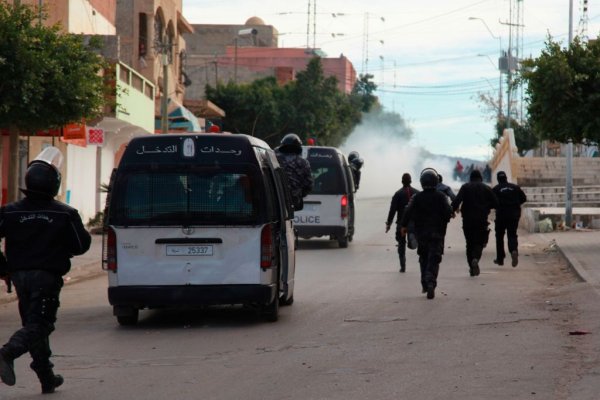 Protests Erupt in Tunisia After Journalist Sets Fire to Self
Next Up: Editor's Pick