Islamic State claimed a suicide attack on the Libyan Foreign Ministry’s headquarters in Tripoli that officials said killed three people, in the latest blow to efforts to stabilize the war-ravaged North African nation.

Gunmen opened fire on the ministry and one of them blew himself up, the Foreign Ministry said in a statement. At least 18 others were wounded, Interior Minister Fathi Bashagha said in a televised news conference, putting the death toll at two. It wasn’t immediately possible to reconcile the difference in the toll.

The blast set off a fire inside the building, and black smoke could be seen billowing from its windows, footage from state television showed. The pavement outside was scattered with glass and debris, and nearby cars were on fire.

Libya Province, a local arm of Islamic State, claimed credit for the attack in a statement posted to its Amaq news agency and distributed by SITE Intelligence Group, which monitors global terrorist activity. Though the group has been severely weakened in its strongholds in Syria and Iraq since the height of its power, its affiliates still operate in countries including Libya.

Islamic State had been forced to withdraw from the towns and cities it held in Libya to regroup in the south. But in a reflection of its resilience in the largely lawless nation, it has conducted a series of attacks including an assault on the Libyan National Oil Corp. headquarters in Tripoli in September.

Government installations in the capital and elsewhere in the country have repeatedly come under attack assailants ranging from rival militias to Islamic State militants.

“There is chaos in the security situation that’s aiding terrorists,” Bashagha said, stressing that there was no coordination between security services and that in the two months since he assumed the post, he has found that the ministry lacked the resources to effectively do its job and that it didn’t bear responsibility for the attack. “If we can’t build a nation, then Libyans are in danger.”

Officials have been largely powerless to halt the violence as rival governments vie for power in a political tug-of-war that has stunted attempts to stabilize and rebuild the nation that sits atop Africa’s largest proven reserves of crude.

In a reflection of the state of affairs in the country, Bashagha, who is one of the leaders of Misrata, a city home to one of the most powerful militias, said that some foreign government reach out directly to various militias on security matters instead of contacting the ministry. He said that a new agency would be set up to oversee the security services. 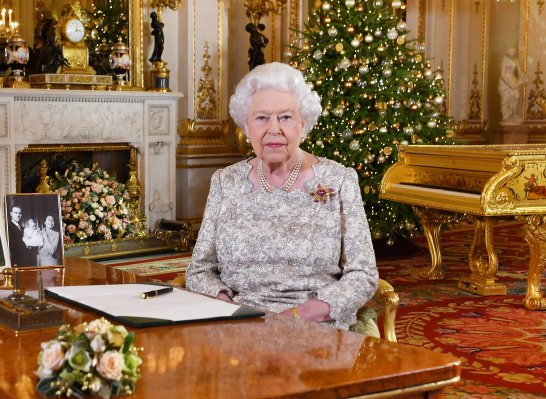 Queen Urges Unity in Christmas Message Amid Brexit Rancor
Next Up: Editor's Pick