Outgoing Sen. Bob Corker criticized Donald Trump on Twitter Sunday after the President lashed out at the Tennessee Republican.

In a series of tweets, Trump claimed that Corker abandoned a plan to run for a third Senate term because the President would not endorse him.

“[Senator Corker] wanted to run but poll numbers TANKED when I wouldn’t endorse him,” the President tweeted.

Shortly after, the retiring senator responded to the claim with his own jab.

“Yes, just like Mexico is paying for the wall… #AlertTheDaycareStaff,” Corker wrote, referencing the President’s campaign pledges to make Mexico pay for a border wall and the current government shutdown over federal funding for the initiative.

The President then falsely stated that the senator was responsible for the 2015 Iran nuclear deal, which Trump and his allies have long disparaged as “the worst deal ever.” Trump announced his decision to withdraw from the Obama-era deal in May.

“Bob Corker was responsible for giving us the horrible Iran Nuclear Deal, which I ended, yet he badmouths me for wanting to bring our young people safely back home,” the President claimed.

The Iran responsibility claim is a line that the President has used against the senator on several occasions, and one that has been repeatedly repudiated.

Back in 2017, the President claimed “Bob Corker gave us the Iran Deal, and that’s about it,” despite the fact that Corker repeatedly spoke out against the pact and authored legislation that created a process for lawmakers to review and eventually vote on the deal. Before Corker’s bipartisan legislative action, Obama had planned to implement the pact without congressional approval. 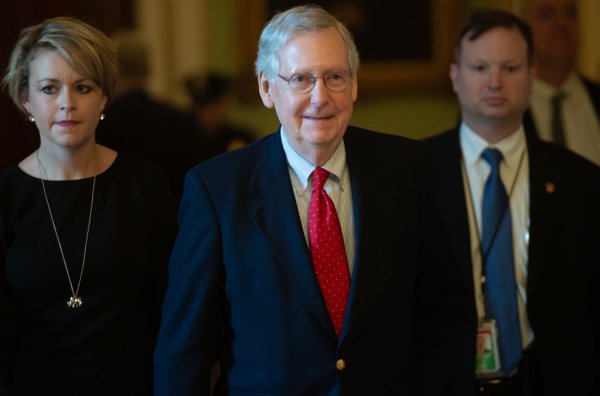 Government Will Be Shut Down Through Christmas
Next Up: Editor's Pick