Amelia Earhart Was Declared Dead 80 Years Ago. Here's What to Know About What Actually Happened to Her

In her 1932 memoir The Fun of It, Amelia Earhart made a declaration that would come to seem, in hindsight, somewhat dubious: “Flying may not be all plain sailing, but the fun of it is worth the price.”

For the first female aviator to fly solo, non-stop across the Atlantic Ocean, the price was her life.

Saturday marks 80 years since a court order declared her legally dead on Jan. 5, 1939. The news only earned one brief line in the pages of TIME. After all, by that point she had been missing for 18 months, having disappeared on July 2, 1937, during an attempt to circumnavigate the globe.

That tragic end was the result of a years-long path for Earhart, all part of a story that would lead to decades of speculation about what actually happened to her.

The native of landlocked Kansas had gotten hooked on flying while attending an airshow in the Toronto area, where she had moved to work as a nurse’s aide during World War I. (She also volunteered there during the 1918 flu pandemic.) She took flying lessons in California and set a women’s altitude record of 14,000 feet in 1922, but wasn’t yet committed to a career as an “aviatrix.” Classes on health and medicine at Columbia University were followed by a period as a social worker in Boston. She flew on her days off, becoming the only female member of a local pilots association and making headlines for doing a flying stunt to raise money for the settlement house where she worked.

The publicity got the attention of George Palmer Putnam, publisher of Charles Lindbergh’s book We, who had been looking for a “Lady Lindbergh” to replicate the success of the first solo, non-stop flight across the Atlantic Ocean, TIME reported in 1928. Intrigued by Earhart — and her physical resemblance to Lindbergh — he invited her to be a passenger on a transatlantic flight. In June 1928, she became the first woman to fly across the Atlantic and then to fly back. (The duration of the first flight — 20 Hours, 40 Min — would become the title of her book on the subject.) The two would end up marrying in February of 1931, and he became her publicist and the backer of her historic May 21, 1932, flight — the trip that, for the fifth anniversary of Lindbergh’s historic Paris journey, made her the first woman to pilot solo, non-stop across the Atlantic Ocean.

Her career took off. She funded her flying as a writer and lecturer, and even designed her own woman’s clothing line. Her publicity stunts were lucrative too; in 1935, she got paid $10,000 (approximately $185,000 in today’s dollars) to become the first person to fly from Hawaii to the mainland U.S. That same year, TIME described her as “easily the world’s No. 1 airwoman.”

Her earthbound opportunities were expanding too.

Purdue University recruited her to run a career center of sorts for women, and she inspired many to switch from home economics to engineering and other jobs in the aviation industry. The school’s president at the time, Edward C. Elliott, “believed strongly in education for women as one way out of the Depression, and that educated women could add a great deal to our economy,” says Susan Butler, author of East to the Dawn: The Life of Amelia Earhart.

So, at 39, Earhart thought she had just one more ambitious flight in her before she was ready to spend the rest of her life on the ground. “She was planning on hanging up her spurs,” says Butler. “She wasn’t planning on doing any more record-setting.”

For her last hurrah, she began by flying from Oakland, Calif., to Miami, where she announced that for her last flight, she would fly around the world. Her goals were “to establish the feasibility of circling the globe by commercial air travel” and “to determine just how human beings react under strain and fatigue,” TIME reported. She took off on June 1, 1937, and throughout her journey, reported back to the U.S. media about what she saw along the way.

But on July 2, 1937, before she reached her destination, Earhart and her navigator Fred Noonan are thought to have disappeared in the central Pacific Ocean on their way to Howland Island after taking off from the city of Lae in Papua New Guinea. (Jerrie Mock would achieve Earhart’s goal of becoming the first woman to circumnavigate the globe as a solo pilot in 1964.)

A chaotic search-and-rescue mission began. TIME detailed that effort when it was still ongoing, explaining some of the reasons why the circumstances led to a high level of mystery:

As for why Earhart was declared legally dead 18 months later, Butler has one theory: So her husband could marry his third wife and “get on with his life.”

But while the formal search-and-rescue mission may have ended, the citizen search was just beginning. Earhart’s death has given birth to many conspiracy theories about her disappearance that continue to capture the public imagination to this day.

Earhart “vanished into legend,” as TIME once put it — and no solid proof of her fate has yet been found.

Some have blamed Japan, America’s World War II enemy, even though Pearl Harbor didn’t happen for another four-and-a-half years. In the 1960s, one theory that became popular was put forth by journalist who believed that the Japanese captured Earhart and Noonan and took them to Saipan. And in 1970, TIME reported on the book Amelia Earhart Lives, by former Air Force major Joseph Gervais, who used “a slithering foundation of fanciful codes, anagrams, leading but unanswered questions, and hints” to argue that Earhart was on “a spy mission for President Roosevelt, interned in Japan during the war and traded back to the U.S. in 1945, where she has lived under an alias ever since.” The New Jersey widow whom Gervais pinpointed as the real Earhart denounced the theory as a “poorly documented hoax.” And those who have looked for more concrete proof of Japanese involvement have come up short; for example, in the early ’80s, Japanese journalist Fukiko Aoki found no mentions of Earhart in the logs of ships that were in the area where Earhart probably crash-landed.

In 1991, TIME reported that the FBI confirmed that a clue to her last landing site could be an aluminum map case that was recovered by aircraft archaeologists on Nikumaroro, an atoll 420 miles southeast of Howland Island. Experts at the time surmised that she may have landed on a reef, where “With temperatures up to 120ºF and no fresh water available, survival was virtually impossible,” TIME reported. Just last year, a 12th expedition focused on Nikumaroro kicked off, backed in part by National Geographic; a forensic anthropologist believes bones found there could belong to Earhart. But other experts on Earhart, including Butler, believe that if she ended up there, plane parts would have been discovered by the three planes that flew over Nikumaroro and nearby islands five days after Earhart went down.

And recently, a photograph found in the National Archives was the subject of a History Channel documentary that put forward the theory that it showed Earhart and Noonan on Jaluit Atoll in the Marshall Islands. But a Japanese blogger went to the country’s national library and discovered that that photo had been published in 1935 Japanese travelogue about islands in the South Pacific nearly two years before Earhart’s last flight began.

Butler says the answer may not be so complicated in the end.

“My feeling is that the plane simply ran out of gas,” she says. While billionaire philanthropist Ted Waitt (co-producer of the biopic Amelia) financed a 2009 a robotic search of the ocean floor west of Howland Island, the ocean floor on the east side of the island has yet to be explored. When that happens, Butler says, “I’m quite sure the remains of the plane will be found.” 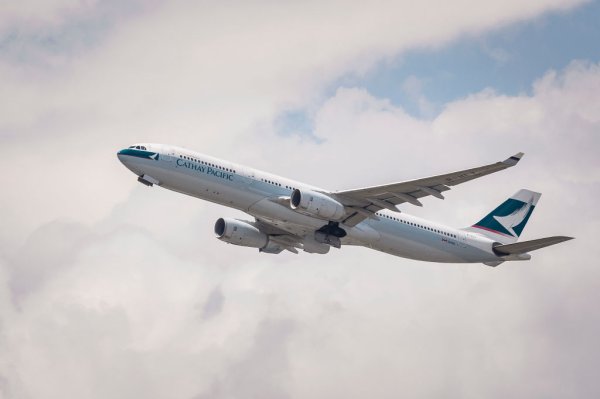