Why Bitcoin Matters for Freedom

In the border city of Cúcuta, Venezuelan refugees stream into Colombia, searching for food to feed their families. Years of high inflation, projected to top 1 million percent, has turned bolivares into scrap paper. More than 3 million Venezuelans have fled since 2014, and 5,500 exit for good each day. According to the United Nations, the exodus is “on the scale of Syria” and is now one of the world’s worst refugee crises. As Venezuelans escape, they leave with close to nothing, desperate and vulnerable.

Because they live under authoritarianism, Venezuelans have no way to reform the policies that have destroyed their economy. They can’t hold their rulers accountable through free and fair elections or campaign for change without fear of reprisal. As they stand in hours-long lines for rationed groceries and medicine and watch their life savings disappear, it can seem like there are no options.

But innovation happens at the edge. Today, Venezuelans are adopting and experimenting with Bitcoin to evade hyperinflation and strict financial controls. Speculation, fraud, and greed in the cryptocurrency and blockchain industry have overshadowed the real, liberating potential of Satoshi Nakamoto’s invention. For people living under authoritarian governments, Bitcoin can be a valuable financial tool as a censorship-resistant medium of exchange.

Take, for example, remittances. After ravaging the domestic economy, the Venezuelan regime is now taking a cut of money coming in from abroad. New laws force Venezuelans to go through local banks for foreign transactions, and require banks to disclose information on how individuals get and use their money. According to Alejandro Machado, a cryptocurrency researcher at the Open Money Initiative, a wire transfer from the United States can now encounter a fee as high as 56% as it passes from dollars to bolivares in a process that can last several weeks. Most recently, Venezuelan banks have, under pressure from the government, even prevented clients using foreign IP addresses from accessing their online accounts.

To circumvent this bureaucracy, some Venezuelans have started to receive bitcoin from their relatives abroad. It’s now possible to send a text message to your family asking for bitcoin, and receive it minutes later for a tiny fee. Government censorship isn’t possible, as bitcoin isn’t routed through a bank or third party and instead arrives into your phone wallet in a peer-to-peer way. Then you can, moments later, sell your new bitcoin into fiat through a local Craigslist-style exchange, or load it onto a flash drive (or even memorize a recovery phrase) and escape Venezuela with complete control over your savings. A popular alternative – have your family wire money to a bank in Colombia, walk across the border to withdraw, then walk back to Venezuela with cash in hand – can take far longer, cost more, and be far more dangerous than the Bitcoin option.

Venezuela isn’t the only place where people can use Bitcoin as an escape valve. In Zimbabwe, Robert Mugabe printed endless amounts of cash and inflated the savings of his citizens into nothing, but his successors can’t print more bitcoin. In China, Xi Jinping can track all of your transactions on Alipay and WePay, but he cannot orchestrate mass surveillance on all Bitcoin payments. In Russia, Vladimir Putin can target an NGO and freeze its bank account, but he can’t freeze its Bitcoin wallet. In a refugee camp, you might not be able to access a bank, but as long as you can find an Internet connection, you can receive bitcoin, without asking permission and without having to prove your identity.

Naturally, we must pay attention to the dark side of emerging technology. Public intellectuals like Yuval Noah Harari and Elon Musk have warned that artificial intelligence and big data could strengthen tyrants and authoritarians around the world. Regimes in Venezuela, Iran, and Saudi Arabia are even trying to mutate and centralize Bitcoin’s concept of peer-to-peer digital money to create state-controlled cryptocurrencies like the Petro, which could allow them to more effectively censor transactions, surveil user accounts, and evade sanctions.

But decentralizing technologies can provide a countering force. Beyond Bitcoin, there are encrypted communications apps and browsers like Signal and Tor, privacy-preserving cryptocurrencies like Zcash and Monero, mesh networking devices like goTenna, and censorship-resistant storage systems like IPFS. By building on and investing in tools like these, we can ensure that our cities, social networks, and financial systems don’t turn into tools of surveillance and control.

Cash remains one of the best ways to exercise free speech. Paper or metal money is virtually anonymous, and can be used without government surveillance. But in places like Venezuela, where bills are weighed in stacks by the kilogram even for small transactions, cash is increasingly impractical, and it’s vulnerable to theft or seizure. And from China to Sweden, governments and companies are driving us toward a cashless world. It’s essential that we explore electronic money that can preserve the peer-to-peer quality of cash for future generations. When you pay someone with software like Venmo, you might use three or four financial intermediaries, even though the recipient might be standing in front of you. Each intermediary can potentially censor, surveil, and profit. And the billions of humans living under repressive regimes can’t expect most payment software in the future to remain as innocent or benevolent as Venmo. As Nassim Nicholas Taleb has written, Bitcoin is “an insurance policy against an Orwellian future.”

To be sure, Bitcoin is still a nascent technology, and doesn’t offer cutting-edge usability, speed, or privacy. But engineers are constantly working to bring those attributes to Bitcoin by building better apps and on-ramps, upgrading the base protocol, and creating new second layer technologies like the Lightning Network, which could eventually mask and dramatically scale the number of possible bitcoin transactions per second. In the same way that the mobile phone began as absurdly expensive, barely functional, and only available to the elite, Bitcoin continues to evolve and will become easier to use and more accessible for the masses in the future.

Less than 1% of the world’s population — no more than 40 million people — have ever used Bitcoin. But, according to the Human Rights Foundation, more than 50% of the world’s population lives under an authoritarian regime. If we invest the time and resources to develop user-friendly wallets, more exchanges, and better educational materials for Bitcoin, it has the potential to make a real difference for the 4 billion people who can’t trust their rulers or who can’t access the banking system. For them, Bitcoin can be a way out. 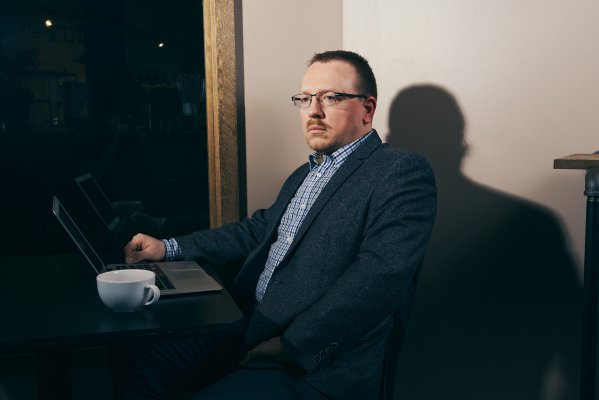 He's a Family Man. He Traded Bitcoin. And He Faced Years in Prison
Next Up: Editor's Pick