Indonesians cast at a polling station during legislative elections in Jakarta on April 9. Excitement over the popular Joko Widodo may have reversed voter apathy
BAY ISMOYO—AFP/Getty Images
By Yenni Kwok

Indonesian voters headed to the polling booths Wednesday with an enthusiasm that was unthinkable some months ago.

The reason was the so-called Jokowi effect. The presidential candidacy of the wildly popular Jakarta Governor Joko Widodo, nicknamed Jokowi, has been credited with boosting everything from Jakarta’s stock markets and Indonesian currency the rupiah to popular interest in the electoral process.

Indonesia’s elections are a staggering operation. With around 186 million eligible voters, the sprawling archipelago nation is the third largest democracy in the world after India, whose elections began on Monday, and the U.S.

Indonesian voters were to choose more than 235,000 legislative candidates competing for nearly 19,700 seats in national, provincial and district-level legislatures.

There was initially little excitement about the polls. The country’s politics have always been tainted by scandal and graft, but a series of recent cases that landed a number of legislators in jail have dealt fresh blows to the image of the Indonesian parliament. According to a poll by the Indonesian Research Institute, nearly two-thirds of respondents saw the House of Representatives, or the DPR, in a negative light. A survey by Transparency International last year put the DPR as the country’s most corrupt institution, a dubious distinction it shared with the police.

Abstaining voters — known in Indonesian as golput, an acronym for golongan putih — have been on the rise in the previous elections, reaching 29% in 2009, up from 16% in 2004. But the presidential candidacy of the Jakarta governor, a down-to-earth politician untainted by controversy, could change that.

“Jokowi is seen as a figure of hope and as an alternative,” says political observer Wimar Witoelar, who once served as a spokesman for former President Abdurrahman Wahid, also known as Gus Dur. “Many young and first-time voters are likely to vote for PDI-P, and there could even be fewer abstaining voters.”

It won’t be until July that Indonesia holds the presidential election, but the Wednesday parliamentary elections are as much as about choosing the country’s next President as they are legislators. “My mother said she actually likes yellow [Golkar Party] better. But because she wants Jokowi, she had to choose red [PDI-P],” tweeted novelist Ayu Utami on Election Day.

Jokowi’s political platform is little known, though his programs, from slum development to health care, reflect his party’s pro-small-people, populist stance. With more than half of the ballots counted late Wednesday afteroon, a quick count by Indikator’s pollsters showed that PDI-P got 19.6% of the vote — below the predicted 24.5% but sufficient to propel it from third to top spot. Its two closest rivals are fellow nationalist, secular parties: Golkar, late President Suharto’s political vehicle, got 14.3% and Gerindra 12.2%. Meanwhile, the governing Democratic Party, beset by corruption scandals, is at the fourth place, with a mere 9.7% of the vote.

Indonesian electoral law stipulates that only parties that secure at least a quarter of of the popular vote or one-fifth of the 560 seats in the DPR can nominate a presidential candidate. Parties that fail to meet the threshold will have to cobble together a coalition — a move that is seen to have crippled and hobbled outgoing President Susilo Bambang Yudhoyono’s government, particularly on issues like the fuel subsidy and religious intolerance.

Fed up with infighting within Yudhoyono’s coalition, which comprises both nationalist and Islamic parties, some voters say it is crucial to have a more unified government. “I think people need to vote for PDI-P candidates — as long as their integrity is better than those from other parties — and Joko Widodo as President. We need a stable government in the next 10 years,” architect and urban activist Marco Kusumawijaya wrote on Facebook, referring to the President’s maximum two terms in office.

Indonesia, which has the world’s biggest Muslim population, is likely to see the ongoing dominance of secular, nationalist parties and the struggle of Islamic parties to win votes. Among the latter is the Prosperous Justice Party, whose supposedly clean image has been tainted by graft and sex scandals, as well as the polygamy of its politicians. “Indonesians are basically secular nationalists,” says Wimar. “Religion is a guide in their private lives, not in politics.”

A clean and fair government is something that voters hope Jokowi and fellow politicians could bring. The proliferation of social media — Indonesian netizens are among the world’s most avid users of Twitter and Facebook — helps young, urban voters decide whom they should vote for. In the run-up to elections, a coalition of human-rights and anticorruption NGOs launched the website Bersih2014 and a related Twitter account, listing clean candidates. For weeks, Facebook and Twitter have also been buzzing with the names of not so well-behaved politicians and parties — snapshots of alleged evidence of bribery attempts abound.

The late Gus Dur, whose presidential term ended abruptly in 2001 after sparring with the legislature, once likened the DPR to a kindergarten. In today’s elections, the fourth since the fall of the strongman Suharto in 1998, there is finally hope that Indonesia is now more apt to vote more mature politicians into parliament — and with that, create a better government. 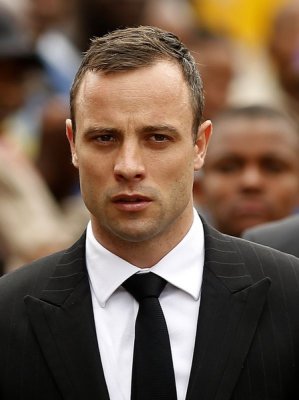 Oscar Pistorius: Reeva Steenkamp Died in My Arms
Next Up: Editor's Pick