40 Years After the Fall of the Khmer Rouge, Cambodia Still Grapples With Pol Pot's Brutal Legacy

On the eve of the Fall of Phnom Penh to the Khmer Rouge on April 16, 1975 as night fell, thousands of people streamed towards the center of Phnom Penh on Monivong Boulevard.
Roland Neveu—LightRocket/Getty Images
By Casey Quackenbush

Forty years ago, Pol Pot’s brutal regime in Cambodia fell from power — but it left behind lasting scars. The Khmer Rouge, a hardline-communist command, terrorized the Southeast Asian country from 1975 to 1979, killing between 1.7 million to 3 million people. In the regime’s pursuit of a classless agrarian society, many were sent to labor camps, prisons and killing fields across the nation, where they died of torture, disease and starvation.

It wasn’t until Jan. 7, 1979, that a Vietnam-backed invasion forced the Khmer Rouge to retreat into the jungle.

Four decades on, Cambodia, a developing nation of about 16 million people, is still grappling with its past — not just the tragedy beyond conception that was official Khmer Rouge rule, but also the civil war that followed and continued through the early 1990s. In November, a U.N. tribunal delivered a historic ruling, convicting two of the regime’s last surviving leaders of genocide. That significant verdict underscored the lingering legacy of the genocidal regime on Cambodian society today.

On the 40th anniversary of the fall of the Khmer Rouge, here’s what to know about one of the worst mass killings of the 20th century and how it still shapes modern Cambodia.

What happened under the Khmer Rouge?

In April 1975, the Khmer Rouge overtook Cambodia’s capital, Phnom Penh, toppling a U.S.-backed, right-wing government. The insurgents were driven by Marxist ideology and their army was led by a man called Pol Pot, who had earlier lived in France and became a member of the communist party there. Upon returning to his homeland, he quickly rose up the ranks of the country’s clandestine communist movement.

When the Khmer Rouge took power in 1975 (known in the country as Year Zero), millions were immediately sent to work in labor camps in the countryside, on the idea that this was a step toward the creation of an agrarian utopia. Mass killings primarily targeted the middle class and intellectuals — such as doctors, lawyers, journalists, artists and students — as well as ethnic Vietnamese and Cham Muslims. Private property, money, religion and traditional culture were abolished, and the country became known as Democratic Kampuchea.

The death toll during that period wiped out up to one fifth of Cambodia’s population at the time.

Read more: A Brief History of the Khmer Rouge

What happened when the regime fell?

The Khmer Rouge’s formal control came to an end when Vietnam invaded the capital on Jan. 7, 1979. But even then, the Khmer Rouge was seen by many in the West as a powerful challenge to Vietnamese influence in Cambodia, and maintained support and military assistance from the U.S. and other Western countries. From 1979-1990, the Khmer Rouge held onto its seat in the U.N. General Assembly, and was recognized as the only legitimate representative of Cambodia. When Pol Pot died in 1998, he was only just about to face the possibility of trial before the world.

Today, many former Khmer Rouge personnel remain in power, including Prime Minister Hun Sen. In power since 1985, the leader of the communist Cambodian People’s Party is now the longest-serving prime minister in the world. Cambodia’s democracy has never been fully free and open, as TIME has reported; Hun Sen recently won re-election in a vote that has been criticized for a major crackdown on opposition and attacks on the press.

How is the legacy of the Cambodian genocide felt today?

As one of the worst mass killings of the 20th century, the genocide’s legacy still haunts Cambodia in a number of ways.

Cambodia historian David Chandler says that, as time wears on, Cambodians are steadily overcoming the trauma. “It’s all moving slowly into the past,” he says. Cambodia is a young country, with nearly half its population under the age of 24. Most Cambodians have no direct experience of the conflict. Those who remember it would be in their 50s or older — which less than 10% of the population are. At least in that regard, Chandler says, the “legacy of the genocide is extremely limited.”

But politically, it’s a different story. “From the very moment that the Khmer Rouge fell in January 1979, their legacy has been politicized,” says Sebastian Strangio, journalist and author of Hun Sen’s Cambodia. The fall of the Khmer Rouge is central to the existence of the ruling government, as the CPP positions itself as the party that “single-handedly gave Cambodia its second birth from the horrors of the Khmer Rouge period,” says Strangio.

The Prime Minister’s power is deeply entrenched, and his party’s influence has seeped far beyond the halls of power and into the population’s moral fiber, Strangio argues, supporting a culture of conservatism among a population weary of war. “To call for any sort of change is painted as an attempt to destroy the achievement of the past three decades and return to the cauldron of bloodshed and violence,” Strangio says. “When the liberation happened, it triggered a mass flight into what’s familiar — into tradition, into Buddhism, into conservatism, a very risk-averse view of politics.”

That idea extends to attitudes toward the atrocities committed by the Khmer Rouge. According to Strangio, the government’s grip over information has “inhibited the achievement of some kind of objective understanding of what happened.” That means even more time will need to pass before the nation can even really begin to come to terms with its history.

“It’s very hard within Cambodian politics to have an open and honest free conservation about who the Khmer Rouge is,” he says. “It will take the passing of this political generation before people will be able to have one of these conversations.” 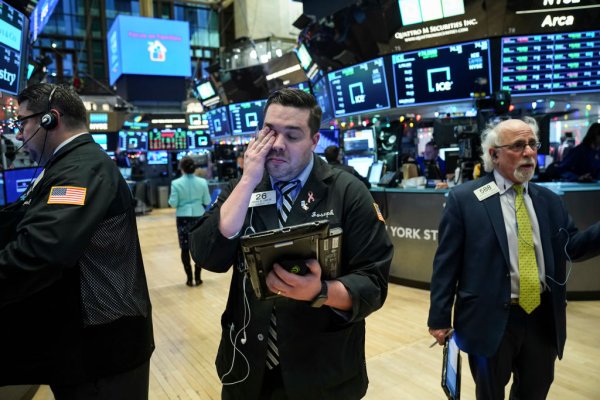 These Are the Biggest Geopolitical Risks of 2019
Next Up: Editor's Pick