President Donald Trump revisited a lighthearted moment from his reality TV show past as he touted a farm bill he was about to sign Thursday afternoon.

Surprisingly, his latest tweet doesn’t involve Congressional budgets or bipartisanship. It involves the President wearing overalls, pitchfork and a straw hat and Megan Mullally from Will & Grace.

The President shared a video of his and Mullally’s 2006 Emmy Awards reenactment of the theme song for Green Acres— the 1960s sitcom about a New York-transplant who leaves everything behind to run his own farm. He did it ahead of the signing of the $867 billion Farm Bill. Officially called the Agriculture Improvement Act, the piece of legislation provides both farm subsidies and assistance for those struggling to afford food.

Mullally herself first replied to the tweet with “omg” before she showed her true reaction.

In the first episode of Will and Grace‘s revival in 2017, Mullally’s character, Karen, is shown to be a supporter of President Trump, much to the dismay of her friends, who voted for Hillary Clinton in the 2016 election.

Mullally has has made it clear that she does not support the President during an appearance on The Late Show in 2016.

As is always the case, the tweet might have been issued by White House social media director Dan Scavino, who sometimes tweets from Trump.

The tweet came after Trump said he wouldn’t sign a government funding bill because it didn’t include funding for a wall at the U.S.-Mexico border – increasing the likelihood of a partial government shutdown just ahead of the holidays.

Here are some of Twitter’s best reactions to Trump’s tweet. 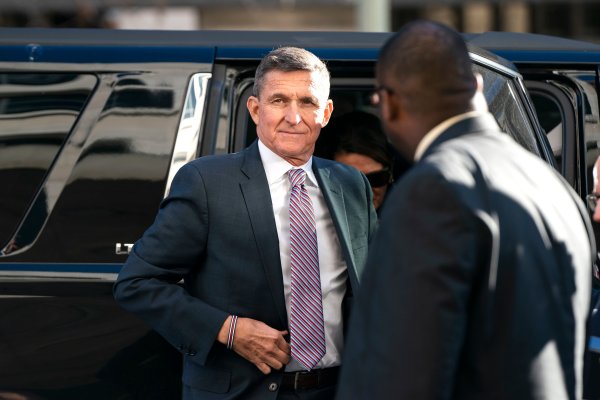