Bowing to President Donald Trump’s demands for a border wall, House Republicans started rewriting a last-minute and short-term spending bill to keep parts of the government open beyond Friday’s deadline. There were very real doubts it could find sufficient support in either the House or the Senate.

A shutdown, in other words, seemed certain.

Trump summoned the top House Republicans, along with the leaders of the far-right Freedom Caucus, to the White House midday Thursday and made clear he would sign no spending package that lacked at least $5 billion for border security, including his much-hyped border wall. The President’s pronouncement upended the agreed-to plan to keep the lights on through Feb. 8, when Democrats will have control of the House.

With less than 35 hours until a partial government shutdown, the President’s demands set into motion a scramble on Capitol Hill, where members of Congress are eager to leave Washington for the holidays. Officials in the Senate, which passed late Wednesday their part of a spending bill — minus wall funding — estimated a full half of the lawmakers had already left Washington. McConnell told colleagues mid-Thursday afternoon that they should expect votes around noon on Friday if the House cobbles together votes for a spending bill.

Sen. Bob Corker of Tennessee told reporters in Washington that he was heading to the airport and unlikely to come back for a vote on the rewrite. “Y’all have fun,” the retiring Republican chuckled.

The House was ready to take up the spending bill on Thursday when, after watching Fox News and talking with conservative rabble-rousers, including Rush Limbaugh, Trump decided he could not stomach a spending bill without wall funding. He called House leaders to the West Wing, where he told them they had better include funding for his wall or expect a veto.

Speaker Paul Ryan, who is in his final weeks in office, dutifully relayed the situation to reporters in the White House’s driveway and went back to the Capitol for what seemed like an unavoidable defeat. “What we’re going to do is go back to the House and work with our members,” a glum Ryan said.

Lawmakers publicly said they were unlikely to meet Trump’s demands. “There’s plenty of blame to go around here,” said Republican Rep. Carlos Curbelo of Florida. “Our Leadership was perfectly ready and prepared to proceed with a clean continuing resolution. And a minority of our majority has now created a situation where that no longer is happening.” A Republican Senator, asked how they avoid a shutdown, texted a simple shrug emoji: ¯_(ツ)_/¯

No one has been able to convince the President that the Republican-led House and Republican-led Senate will not sign-off on his border wall. Many of his fellow Republicans who lost re-election in November are already done with Washington and are moving their stuff back to their home states, leaving House Leadership unsure exactly how many members will be around to vote. In the Senate, the threshold of 60 votes appears impossible, given Democrats’ unified objection to a border wall that could end up costing $70 billion to build and $150 million annually to maintain, according to Democrats’ estimates.

Pelosi, who is a once-a-generation master at counting votes, taunted Trump: “Well, then go do it.”

We’re about to see who was right, Trump or Pelosi. 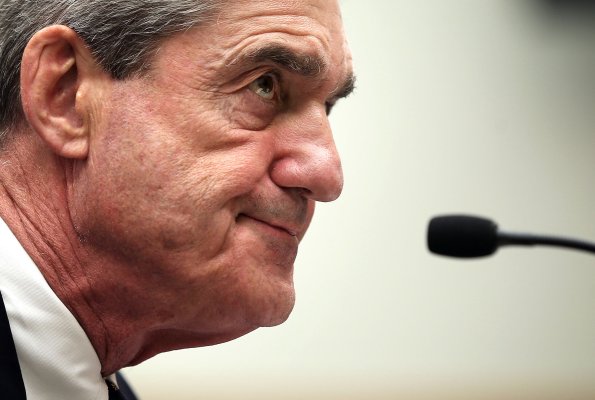