In a digital world dense with viral moments, one clip now reigns supreme — at least, according to Jimmy Kimmel.

The late night host crowned the annual Viral Clip of the Year for 2018 on his eponymous show, looking back at videos like a woman who used a public swimming pool to shave her legs and a stoic Little League participant who had an interesting choice of words. However, it was “Brake for Drake,” a video of Florida resident Jaylen Norwood attempting to do the “In My Feelings Challenge” that goes disastrously wrong.

In the clip, Norwood attempts to do the dance challenge, which often involves someone hopping out of a car to do an interpretive dance to Drake’s song “In My Feelings.” However, when Norwood steps out of his car to dance, he slips on an oil slick and gets hit by incoming traffic — which is painful, but makes for a very viral moment.

Norwood appeared in person to accept his prize — and, just like in his viral video, things don’t quite go as planned. 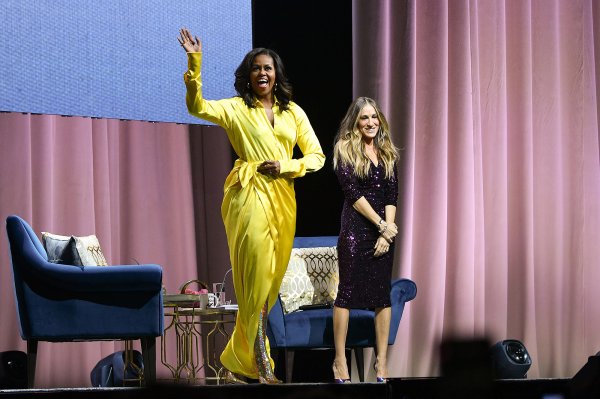