Veterans Affairs officials failed to spend millions of dollars earmarked for veterans suicide prevention efforts in fiscal year 2018, leading to a measurable decline in outreach activity, according to a report from the U.S. Government Accountability Office (GAO).

Suicide, a major public health issue for the U.S. as a whole, is a particularly pressing problem for veterans. An estimated 20 veterans die by suicide each day, and the VA named suicide prevention its “highest clinical priority” in 2018.

“VA should be doing everything in its power to inform the public about the resources available to veterans in crisis,” Minnesota Rep. Tim Walz, ranking member of the House Veterans’ Affairs Committee, told the Military Times. “Unfortunately, VA has failed to do that, despite claiming the elimination of veteran suicide as its highest clinical priority.”

The GAO report uncovers a number of gaps in the VA’s suicide prevention efforts, specifically related to a media outreach campaign run by the Veterans Health Administration (VHA), an offshoot of the VA that handles healthcare for veterans. The campaign involves social media posts, public service announcements, billboards and more meant to inform veterans and members of the public about the VA’s suicide prevention resources, such as its 24/7 hotline.

An estimated 14 of the 20 daily deaths by suicide occur among veterans who have not recently interacted with the VA; outreach like that in the media campaign is meant to curtail that trend. Public health experts also consider media “messages of hope” and education about overcoming suicidal thoughts to be effective tools for suicide prevention.

The VHA had a $17.7 million suicide prevention budget for fiscal year 2018. Of this, $6.2 million was allocated for the campaign’s paid media activities, such as targeted keyword searches and advertisements. But as of September 2018, the report found, the VHA had spent just $57,000 on paid media, and officials estimated that they would spend just $1.5 million by the end of fiscal year 2018.

GAO investigators also found that social media posts associated with the campaign dropped from 339 in fiscal year 2016 to 47 during the first 10 months of fiscal year 2018. In addition, they found that as of August 2018 the VHA had not aired a suicide prevention PSA on television or the radio in more than a year — the first time since 2012 that a gap had exceeded one month.

The VHA also “has not established targets for the majority of the metrics it uses to help gauge the effectiveness of its suicide prevention media outreach campaign,” the authors write.

In a statement provided to TIME, VA Press Secretary Curtis Cashour said it has accepted the GAO’s recommendation to improve evaluation efforts, and is working with communications experts to develop better metrics. Cashour also said the VA’s new suicide prevention director is reviewing the program as a whole.

“During former VA employee David Shulkin’s brief tenure as secretary, VA’s suicide prevention outreach dropped significantly, and the suicide prevention office had no permanent leader for nearly nine months. Within weeks of his arrival at VA, then-Acting Secretary Wilkie appointed Dr. Keita Franklin as VA’s new suicide prevention director, and she is reviewing the spending for this important program as part of her duties,” Cashour said. “Suicide prevention is VA’s highest clinical priority, and as Sec. Wilkie said in the report, every death by suicide is a tragedy. We will not relent in our efforts to connect veterans in need with lifesaving support.” 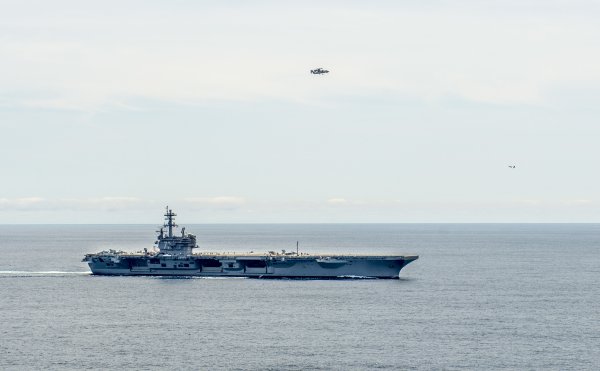