The Ulysses S. Grant Memorial in Washington, D.C.
Carol M. Highsmith—Buyenlarge/Getty Images
Ideas
By Elizabeth D. Samet
Samet’s book Looking for the Good War: American Amnesia and the Violent Pursuit of Happiness has just been published. The views expressed in this essay do not reflect the official policy or position of the Department of the Army, the Department of Defense, or the U.S. Government.

Grant Gore is a modest wedge of land on the median of Bedford Avenue, in the Crown Heights neighborhood of Brooklyn, New York. At its center stands an equestrian statue of Ulysses S. Grant, Civil War victor and eighteenth president of the United States. The spectacle of the bronze man and horse atop a granite pedestal attracts few admirers among the motorists and pedestrians hastening by.

One early Sunday morning when I was photographing the statue—an activity that never fails to awaken curiosity in a city that is supposed to have seen everything—a dapper, gregarious relic of a man who looked as if he had taken the long way home from a Saturday night at Studio 54 in 1978 insisted on the superior historical significance of taking his picture instead.

The statue, sculpted by William Ordway Partridge, and dedicated on April 27, 1896 (the anniversary of Grant’s birth), was commissioned by the Union League Club of Brooklyn, the former headquarters of which still occupies the corner of Bedford Avenue and Dean Street. Reliefs of Grant and Lincoln look out from the spandrels of the building’s Romanesque arches.

Partridge’s isn’t my favorite Grant. That designation belongs to Henry M. Shrady’s version, which stands in front of the U.S. Capitol in Washington, D.C., where a steady-eyed, steel-jawed Grant, leaning slightly forward in the saddle, looks the way Herman Melville once described him in his poems: “In sharp relief … sky-drawn Grant,” who having “mastered nervousness intense / Alone such calmness wears.” Shrady’s masterpiece, flanked as it is by fabulous lions as well as dynamic artillery and cavalry groups, is justly praised for juxtaposing the commander’s sangfroid with the churning terror of the battlefield, the triumph of victory with its grim human cost.

Nevertheless, the relative obscurity of the Brooklyn statue suggests the ambivalence with which the country remembers the Union victory in the Civil War—especially perhaps the leader of its armies, whom his fellow general Lew Wallace once described thus: “If he had studied to be undramatic, he could not have succeeded better.”

It’s hard to turn the resolutely undramatic into heroes. Americans love the look of cool under pressure, but we appreciate a little more romance than Grant proved willing to supply. George Armstrong Custer wore a bespoke velvet uniform with elaborate gold braid into battle, while Grant’s “distaste for military uniform” led him to eschew the ceremonial for the practical. William T. Sherman and Philip H. Sheridan brought a certain vengeful élan to their freewheeling campaigns through Georgia and the Shenandoah Valley, respectively, while Grant enabled their operations by slogging it out with Robert E. Lee’s army in the bloody trenches of Cold Harbor and Petersburg.

It is Lee who has seduced many Americans over the last century and a half: “Lee might have ridden down from the old age of chivalry, lance in hand, silken banner fluttering over his head,” the historian Bruce Catton suggested. “His personal comeliness, his aristocratic birth and his military prowess,” W. E. B. DuBois wrote, all helped to fuel a desire to “canonize” him. By contrast, Grant never permanently seized the national imagination despite the fact that his story is so emphatically American: a tanner’s son from Ohio who ended up commanding an army to victory in the country’s most cataclysmic struggle.

Short, quiet, a little shy, Grant was no moody Byronic loner. He seemed happiest in the company of his wife and children. Averse to rousing troops with speechmaking, repulsed by the sight of blood, he steadfastly refused to glorify even a war he thought just. If he did have an uneasy relationship with alcohol, it was that of the miserable, perhaps depressive drinker, not the dangerously spectacular one. Despite the sensational corruption associated with his Gilded Age presidency, he was no villain. The malfeasance of his administration was a product arguably of his inattention but certainly not of his scheming. There is no doubt about his personal rectitude. Indeed, Grant never had the entrepreneurial flair for making piles of money that our own age venerates just as highly as did his gilded one.

The wildly popular figure he became in the latter part of the nineteenth century was almost completely eclipsed by a twentieth-century caricature. He became a drunken, bumbling butcher, closer to the character in James Thurber’s satirical counterfactual “If Grant Had Been Drinking at Appomattox” than to anything resembling historical truth: Thurber’s Grant is so confused after a night of heavy drinking and “wrassling” that he surrenders his sword to a dignified, disdainful Lee. As the Southern diarist Mary Chesnut recognized, the contrast between the Lees of this world and the Grants and Lincolns was, signally, one of social class.

Bronze and marble Grants can be found from Philadelphia to San Francisco and from Vicksburg, Mississippi, to Tokyo, Japan, where Grant spent time on his post-presidential world tour. Yet they could hardly be said to overwhelm the American landscape. Grant’s tomb, in New York City, dedicated in 1897, had fallen into such disrepair by the 1990s that his descendants threatened to remove the remains.

The tomb has since been restored, even as other Civil War monuments are being considered for removal. A renewed interest in Grant today coincides with a growing recognition of the real and pervasive damage done at the end of Reconstruction in 1877, when white North and South chose reconciliation over fulfilling the promise of emancipating black Americans won by war and guaranteed by constitutional amendment. Paradoxically, the country gave all the love in its New World heart to the emblems of Old World gallantry and chivalric courtesy so long employed to conceal what Frederick Douglass called “the gross fraud, wrong, and inhumanity of slavery.”

We are just beginning to reckon with the significance of the fact that we are surrounded by monuments to the losing side of our civil war. A 2018 survey by the Southern Poverty Law Center found “1,740 Confederate monuments, place names and other symbols” across the country from Maine to California. This total, updated from a 2016 report, reflects the removal of 113 monuments—approximately 6% of the original total—since the Charleston massacre. Lee is by far the most monumentalized Confederate with 228 monuments or place names and 40 public schools named for him.

The suggestion voiced by some defenders of these monuments that removing them is tantamount to “erasing” history is an oddly ironic complaint, for these monuments were erected in the first place to do precisely that: to erase the narrative of emancipation and replace it with that of the Lost Cause, just as surely as individual states’ Jim Crow laws for so many years overwrote the thirteenth, fourteenth, and fifteenth amendments.

I confess to being a bit of an iconoclast, ambivalent about monuments, plaques, and similar commemorations, despite the fact that I visit so many of them and feel a connection to a few. Despite their actual fragility as products of a given era’s political commitments or social and cultural fashions, monuments give the illusion of permanency and inevitability to those who gaze upon them in their prime. Their destruction, moreover, offers the similarly dangerous illusion of successful social and political transformation. (Think of the tearing down of Saddam Hussein’s statue in Baghdad in 2003.)

Poets from Shakespeare to Shelley have long warned us there is something futile and desperate in monumental bids for immortality. The latter’s sonnet “Ozymandias” imagines the ruins of the giant statue of the Egyptian pharaoh Ramses II, whose vainglorious boasts, engraved on the pedestal, all come to naught in the unforgiving desert: “Nothing beside remains. Round the decay / Of that colossal Wreck, boundless and bare / The lone and level sands stretch far away.” Later poets took their cue from the Roman Horace, who called his odes “a monument more durable than bronze and higher than the Pyramids, which no corrosive rain, no violent wind can efface, or interminable succession of years.”

For a long time now, the memory of the American Civil War has been seemingly frozen in marble, granite, and bronze. One way to emancipate it—to examine it anew—might be to take the poets’ hint: to look to language, if not to poetry then to prose. That was where Jefferson looked to imagine what freedom might mean for some, where Lincoln and Douglass looked to reimagine what it might mean for all, and where Grant himself looked, at the end of his days, when he confronted the twin calamities of bankruptcy and terminal cancer and took up the challenge of writing his own account of the Civil War.

Grant’s Personal Memoirs has long seemed to me a refreshing open window onto that conflict. It is singularly unburdened by romance on the one hand and satire on the other; unshackled by the distorting, distracting forces of nostalgia and sentimentality; distinguished, as its publisher Mark Twain well knew, by its “clarity of statement, directness, simplicity, unpretentiousness.”

For readers navigating the conflicts, confusions, and disappointments inherent in being a twenty-first-century American, the book reveals how deeply complicated it was to be a nineteenth-century one. It chronicles its author’s missteps, doubts, fears, and regrets as well as those occasions when he was able to summon up what he called “moral courage,” an attribute he valued as highly as any. He knew that “to face either danger or responsibility” with equanimity was a quality “more rarely found than genius or physical courage.” That’s not the kind of commonsense insight you’ll find on many granite pedestals. 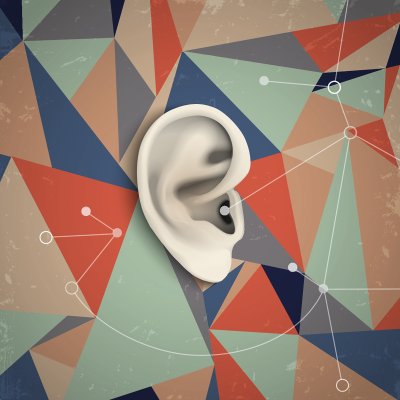 A Revolutionary Suggestion for Word of the Year: Listen
Next Up: Editor's Pick