'I Don't Know Where My Fish Is At.' Airline Bans Student's Pet From Flight

A student has lost her pet fish after it was banned from the Southwest Airlines flight she booked on.

According to USA Today, University of Colorado, Colorado Springs student Lanice Powless was traveling from the Denver airport to her home in California when she said a Southwest employee told her she could not bring her pink pet Betta fish, Cassie, on the flight.

Powless had researched TSA policy about bringing fish on flights ahead of getting Cassie and was pleased to note that live fish are allowed on flights if they’re in a carry-on bag. However, what she hadn’t anticipated was that some airlines have separate rules for animals and pets from TSA; Southwest is one of them — travelers are only allowed to bring small dogs and cats in crates that can be stored under a customer’s seat and never in the cargo bins.

Powless said that she’s flown with her fish on Southwest in the past, but in the confusion of the moment, gave her fish to the woman behind her.

“I ended up turning around and giving it to a lady behind me,” she said. “I crossed through and then TSA stops her, and said, we’re not allowing this fish to go through.” Powless was unable to get the woman’s contact information after the security stop.

Southwest gave a statement on the incident on Monday.

“A Customer attempted to bring a pet fish onboard their flight from Denver to San Diego. Our Customer Service Agents informed the Customer about Southwest’s pets policy which does not allow for live fish to travel in the passenger cabin. Our Team offered to re-book the Customer for a later flight to allow them to make arrangements for their pet but the Customer refused that option. The Customer eventually traveled on their originally scheduled flight.”

Powless disputed the statement, saying that she was not offered the option to re-book the flight. Southwest maintains that the offer was made but the customer declined. 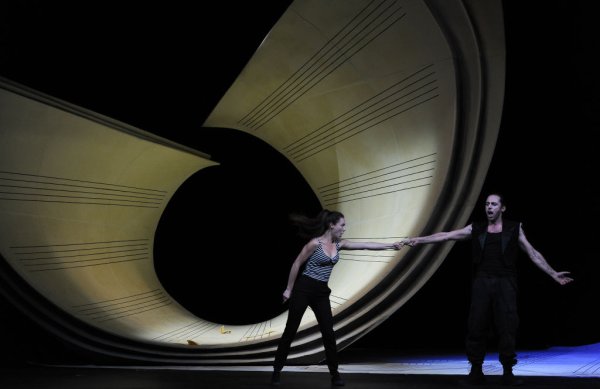 Hero Masterfully Creates His Own Hip-Hopera While Driving
Next Up: Editor's Pick