As former FBI Director James Comey left his second closed-door interview with Congressional lawmakers Monday, he made sure to take parting shots at the Republicans who called him there in the first place.

“Republicans used to understand that actions of a President matter, that words of a President matter and the truth matters. Where are those Republicans today?” Comey asked reporters after meeting for over five hours with members of the House Oversight and Judiciary Committees. “At some point, someone has to stand up, and in the face of fear of Fox News, fear of their base, fear of mean tweets, stand up for the values of this country and not slink away into retirement, but stand up and speak the truth.”

In 2016, Comey told Congress during a testimony that he had been a registered Republican for much of his adult life, but was not any longer. This past April, he told ABC News that he could no longer associate with the party in any form, because it was a total reflection of President Trump.

Republican lawmakers had issued a subpoena for Comey to appear before them for a closed door interview last month. After his first interview on Dec. 7, lawmakers said that he had to return because they were not able to finish their questioning. This is likely the last time Republican lawmakers will have the power to issue subpoenas for the next two years, since Democrats will take control of the chamber in January. While the Democrats leading the committees could grant subpoena powers to the top Republicans, it is unlikely they will do so. Some, like Rep. Elijah Cummings who is slated to helm the Oversight Committee, has already said it won’t happen.

Comey also slammed Republicans for continuing to focus on probes like Hillary Clinton’s private e-mail server and the motivations behind the dossier compiled by British spy Christopher Steele.

“Another day of Hillary Clinton’s emails and the Steele dossier,” he told reporters on Monday, seeming exasperated that they were still focal points of investigation, despite recent developments emanating from special counsel Robert Mueller’s investigation into Russian interference in the 2016 election. “This, while the President of the United States is lying about the FBI, attacking the FBI and attacking the rule of law in our country. How does that make any sense at all?” 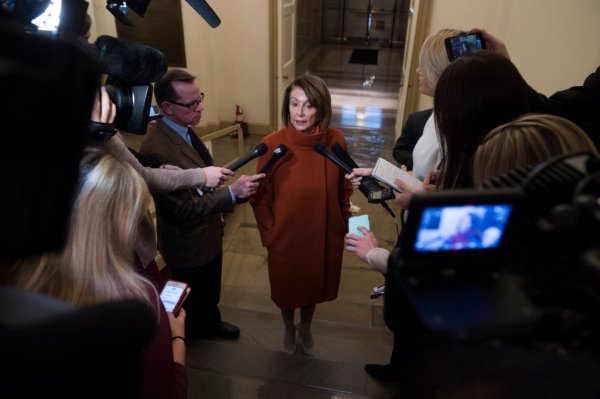