Sorry, kids: you might want to rethink sending your letters to Santa via UPS Store this year if you want them to get anywhere near the North Pole.

“If your child addresses a letter to the North Pole, you can leave it with us,” the UPS Store tweeted over the weekend. The kicker: “We do shredding.” The dry message — very much the opposite of festive — took off online, with Twitter users shaking their heads virtually at the mail carrier’s dark tone. And on Monday afternoon, the tweet was deleted from the UPS Store’s account altogether. But not before there were plenty of responses, from those applauding the social media team for their brutal honesty and willingness to “break children’s hearts,” to those wincing at the dark, Grinch-like spirit of the post.

But while the author of the UPS Store tweet may not be on great terms with Santa Claus or his helpers, the U.S. Postal Service at least wants to help parents out keeping the fantasy of Santa Claus alive.

What does the Post Office do with letters addressed to Santa?

Letters addressed to the North Pole Postmaster in Anchorage, AK before Dec. 8 with included responses from “Santa” are being sent back with a North Pole postmark, no shredding necessary.

UPS did not immediately respond to TIME’s request for comment on this story. 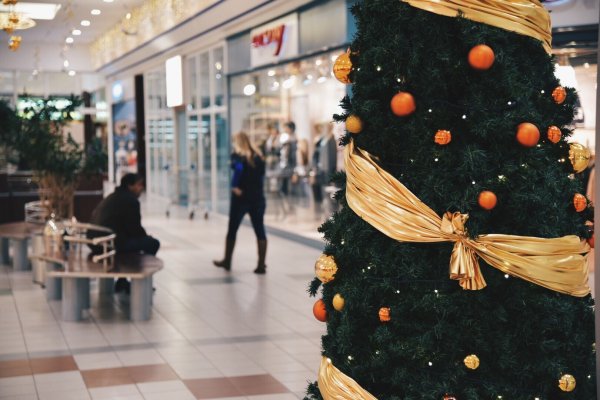 Man Dressed As Buddy the Elf Engages in Friendly Pillow Fights with Mall Shoppers
Next Up: Editor's Pick