The Game of Thrones Reference You May Have Missed in Aquaman

Jason Momoa may have been killed off of Game of Thrones way back in season 1, but he apparently doesn’t mind memorializing his time on the show with a cross-universe nod to Khal Drogo.

Although Game of Thrones isn’t specifically mentioned in Aquaman, there’s a scene in the new DC movie that seems to include a wink to fans of the HBO drama.

After Aquaman (Momoa) suffers a chest injury at the hands of Black Manta (Yahya Abdul-Mateen II) — who also shows up in the mid-credits scene — he wakes up on a boat that Mera (Amber Heard) is navigating to the Trench. When he regains consciousness, he looks down at his wound to discover that Mera has covered it with a poultice that looks strikingly similar to the mixture of herbs that the witch Mirri Maz Duur puts on Drogo’s chest after he is cut by Mago.

MORE: Aquaman May Be Silly But It’s Buoyed by Some Old-Fashioned Pulp Spirit

While Drogo’s wound ultimately led to his untimely death, Aquaman quickly peels the dressing off to reveal his chest is completely healed. It seems the tide has officially turned in Momoa’s favor.

Watch the Game of Thrones scene below. 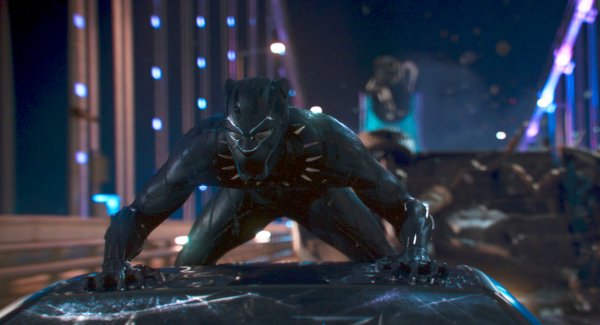 Here Are Rotten Tomatoes' Best Reviewed Movies of 2018
Next Up: Editor's Pick