Former First Lady Michelle Obama is discussing a refreshing new tradition she shares with former President George W. Bush, one of the many topics she has touched upon during her Becoming book tour.

Recently at the funeral service for George H.W. Bush, the 43rd president was ready to pass a mint for Michelle as he greeted the Obamas. People online were obsessed with the moment. (In fact, it was a callback to the blink-and-you-miss it move that cameras captured at a service memorializing John McCain, and Obama described the now-traditional gesture fondly.)

“He has the presence of mind and the sense of humor to bring me a mint, and he made it a point to give me that mint right then and there and that’s the beauty of George Bush,” Obama said in conversation at the SAP Center over the weekend.

The act of kindness was a resonant moment for people who felt it demonstrated the power of bipartisanship.

Speaking of the way the sweet gesture hit home for many watching, Obama said this in November:

“Because I think the political discourse, the way it’s shown in the media, is … all the nasty parts of it. You know? Because I guess we’ve become a culture where the nasty sells. So people are just gonna keep feeding that. We’re all Americans. We all care about our family and our kids, and we’re trying to get ahead. And that’s how I feel about your father. You know? He’s a beautiful, funny, kind, sweet man.” 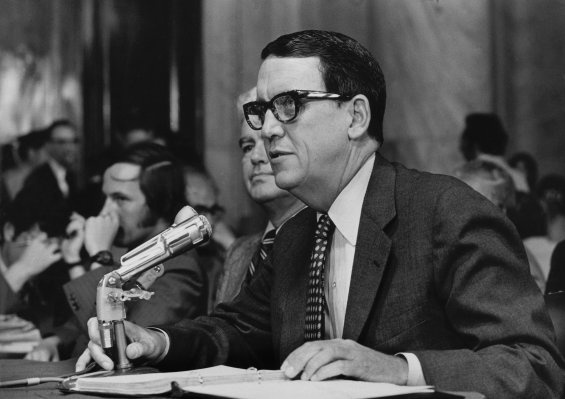 The Striking Similarities Between Why Trump’s and Nixon’s Personal Lawyers Were Sent to Prison
Next Up: Editor's Pick