That slow-motion twirl wasn’t the only way that Miss Philippines, a.k.a. the newly crowned Miss Universe 2018 Catriona Gray, turned heads at the 67th Miss Universe pageant competition on Monday in Bangkok.

Gray also worked in a tribute to the Mayon volcano of the Philippines with her sparkling crimson gown designed to resemble the swirling red and orange lava that flows down the cone-shaped volcano’s crater.

The 24-year-old crowd favorite’s glowing red dress may have stood out, but the volcano nod captured the attention of only the closest watchers online.

Designer Mak Tumang, the pro behind Gray’s floor-sweeping style statement, shared that the inspiration behind the “lava gown” was indeed the active Mayon volcano on Facebook.

“The prominent and iconic Mayon Volcano is the penultimate inspiration for this creation. It is dubbed as the ‘perfect cone’ because of its symmetric conical form. Folk tales have it that it was named after the mythological heroine ‘Daragang Magayon’ (Beautiful Lady). Despite its pulchritude is the fact that it is the most active volcano in the Philippines erupting numerous times in the past half a millennium. Catriona can be considered as the modern-day Daragang Magayon. She embodies the Filipina’s beauty, intelligence and burning passion. This lady is definitely on fire! Watch her erupt right before your very eyes and let the lava of grace, goodness and hope flow.”

Nearly 15,000 people evacuated their villages in the Philippines when the Mayon volcano erupted in January, lighting up the sky with a red orange glow, according to the Associated Press.

This was one of many times that the volcano has erupted throughout the past 500 years, but it remains a popular draw for tourists thanks to the cone shape that inspired the designer.

As for the color, perhaps the dress was part of a foretold conclusion that Gray would best 93 other contestants.

Gray said that she wore red because “when I was 13 my mom said she had a dream that I would win Miss Universe in a red dress.” 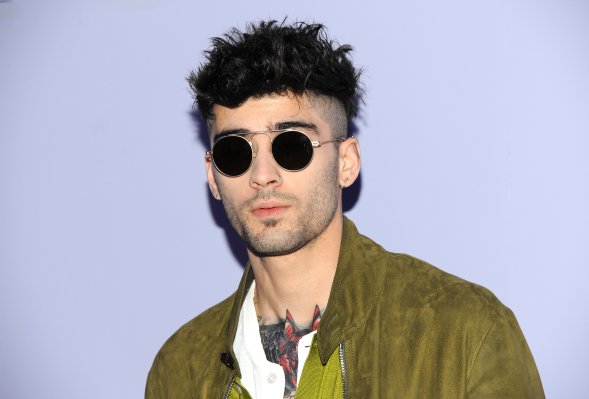