Colin Kroll, the 35-year-old co-founder of Vine and HQ Trivia, has been found dead in his Manhattan apartment of an apparent overdose.

Police told TIME Kroll was pronounced dead at 12:18 a.m Sunday morning. A police spokesperson did not know what kind of drugs were on the scene, but said that the police investigation is ongoing. Police said that a woman, who was apparently with Kroll at the time of the overdose, called 911.

A spokesperson from HQ Trivia, a popular, phone-based trivia platform where Kroll was the CEO, confirmed his death in a statement.

“We learned today of the passing of our friend and founder, Colin Kroll, and it’s with deep sadness that we say goodbye. Our thoughts go out to his family, friends and loved ones during this incredibly difficult time.”

Throughout the course of his career, Kroll experienced the rapid success and sudden hardships typical of the tech startup world.

In 2013, Kroll launched the video app Vine with co-founders Dom Hofmann and Rus Yusupov. The app, which was known for six-second looped video clips, gained millions of users and helped to launch a generation of social media celebrities. However, the app’s success quickly fizzled out and Twitter, which had acquired it shortly before its launch, ultimately shut it down in 2016.

Kroll had left Vine in 2014 and founded HQ Trivia with Yusupov in 2015, according to his Linkedin page. The app launched in August 2017, and it was another blockbuster success. As of March this year, it hit a milestone— more than 2 million users were concurrently playing.

However by this November, the company was reportedly reaching a breaking point. The number of users dropped from the millions to hundreds of thousands, and the app had dropped from the top 10 most downloaded free iPhone games to between 250th and 500th, according to technology news website Recode.

The company was also reportedly undergoing upheaval in its board room. Kroll, who had reportedly been fired from Twitter due to poor management behavior, was also facing allegations of inappropriate behavior at the company. 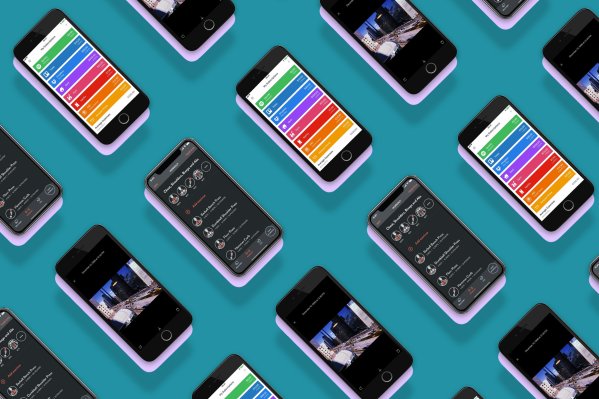 The Best iPhone and Android Apps of 2018
Next Up: Editor's Pick