A Twitter spat between Ariana Grande and Kanye West over mental health took a serious turn on Saturday after Pete Davidson, an SNL star and Grande’s ex-fiance, posted a message on social media that some took as suicidal.

The tiff between the two musicians began when Grande waded into a feud between West and the music star Drake yesterday.

Drake and West and have notoriously had a contentious relationship since at least 2011, according to ELLE. Their feud was apparently reignited in September, when Drake made a snide reference to the sneakers West designs in a song. Then on December 13, Drake requested sampling a portion of Kanye’s song in one of his compositions. Soon afterward, Kanye launched into a Twitter rant that lasted more than 100 tweets.

Grande responded to the very public dispute with a teasing tweet of her own.

“Guys, I know there are grown men arguing online rn but miley and I dropping our beautiful, new songs tonight so if y’all could please jus behave for just like a few hours so the girls can shine that’d be sick thank u,” Grande wrote on Twitter, which she later deleted.

West did not take kindly to Grande’s intrusion and suggested that she was inserting herself into the beef to promote her new song, “Imagine,” which released Friday.

Grande then apologized for being insensitive about West’s mental health, but fired back at him for suggesting she was promoting herself.

“With all due respect, I don’t need to use anyone to promote anything. period. I was making a comment ab what men were doing at the time v.s. women. It was a joke which I understand now was probably insensitive. I apologize if I was in any way triggering and I hope u feel well today,” Grande tweeted. She later deleted her tweet.

“Bravo Kanye West for standing up for yourself and speaking out against [sic] mental health,” his post read. “I can’t explain to you enough how difficult and scary it is to be honest about stuff like this. We need people like Kanye. No one should ever point fingers at you for your bravery in speaking about mental health. I’m seriously disgusted.”

A few hours later, however, Davidson published another message that struck an even more serious tone.

“I really don’t want to be on this earth anymore. I’m doing my best to stay here for you but I actually don’t know how much longer I can last,” Davidson wrote.

Davidson, who has spoken out frequently about having bipolar disorder and suicidal tendencies, appeared to suggest that he was feeling suicidal. Soon afterward, he deleted both messages.

“I’ve been getting online bullied and in public by people for 9 months. I’ve spoken about BPD and being suicidal publicly only in the hopes that it will help bring awareness and help kids like myself who don’t want to be on this earth,” he wrote. “No matter how hard the internet or anyone tries to make me kill myself. I won’t. I’m upset I even have to say this.”

In since-deleted tweets, Grande apologized for being insensitive about mental health issues.

“Man I’m so sorry I told a dumb joke. I really didn’t mean any harm. All I want everyone to be healthy and happy. so desperately,” she tweeted.

Soon afterwards, she tweeted seemingly at Davidson: “I’m downstairs and I’m not going anywhere if you need anyone or anything. I know u have everyone u need and that’s not me, but I’m here too.”

TMZ reported that she had made her way to 30 Rock in Manhattan, where SNL is filmed, in order to try and see Davidson.

Davidson was accounted for at SNL and “fine,” according to the New York Times. 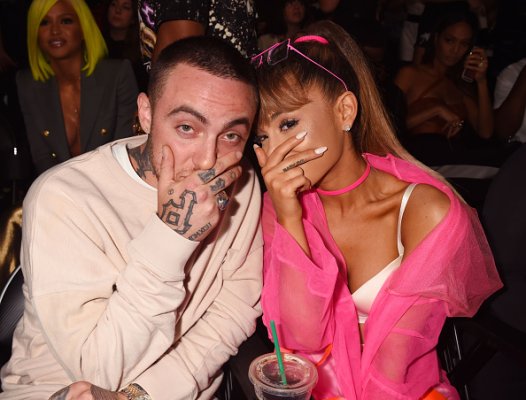