Mick Mulvaney Just Got the Most Difficult Job In Washington

Mick Mulvaney, it seems, was the last man standing.

President Donald Trump announced Friday evening that he’s picking Mulvaney to serve as his acting Chief of Staff. The announcement capped off a week of speculation and rumors about who would replace Gen. John Kelly for the position. Generally, the post is viewed as one of the most powerful and prestigious in the nation’s Capitol. Under President Trump, however, it has appeared to be just the opposite.

Currently, Mulvaney runs both the Office of Management and Budget and the Consumer Financial Protection Bureau. The White House initially said he will be replaced at OMB by Russell Vought, who is currently his deputy, but later clarified in a statement that he will not be leaving OMB permanently but Vought will run the daily operations while he serves as Chief of Staff. His replacement at the CFPB, Kathy Krainiger, has already been sworn in.

Mulvaney, when he assumes the post after Kelly leaves at the end of the year, will be Trump’s third Chief of Staff in two years. (Reince Priebus was the first, from January to July of 2017). President George W. Bush, by comparison, had two chiefs of staff throughout his entire eight years as President; Bill Clinton had four, and Obama had five. And while a senior official told reporters there was no time limit to Mulvaney’s tenure in the post and that he was only given the “acting” title because “the President wanted it that way,” the use of that word implies there will be a successor.

But moreover, the entire process on display over the past week gave the public a front-row seat to the difficulties of being Trump’s right-hand associate.

Initially, Trump wanted Vice President Mike Pence’s longtime Chief of Staff, Nick Ayers, to succeed Kelly. But that didn’t pan out. Ayers announced Dec. 9 — the day after Trump said Kelly was leaving — that he would not take the job, instead choosing to return with his family to Georgia. Ayers’ decision left the administration scrambling. A handful of people, including Rep. Mark Meadows, former House Speaker Newt Gingrich, former New Jersey Governor Chris Christie, and even the President’s son-in law Jared Kushner, were reportedly in the running, but either never received offers or didn’t want the position.

“I’ve told the President now is not the right time for me and my family,” Christie said in a statement Friday a few hours before the Mulvaney announcement. “As a result I have asked him to no longer keep me in any considerations for this post.”

Mulvaney seemed enthusiastic about his new role, at least on Twitter. “This is a tremendous honor,” he wrote shortly after Trump broke the news. “I look forward to working with the President and the entire team. It’s going to be a great 2019!”

Mulvaney has wielded outsized power within the White House as OMB director, one of his two previous jobs, in addition to leading the stripping down of the CFPB. He has built a reputation in the West Wing for hiring competent staff and presiding over an organized and responsive office. He’s been able to have a large impact on Trump’s domestic policy by tightening the purse strings for regulatory agencies, making changes that have stripped away regulations and tamped down on government scrutiny of U.S. businesses.

“No Chief of Staff is going to dominate President Trump,” Gingrich said on Fox News Thursday morning, “but he needs a Chief of Staff strong enough to look him in the eye and say ‘that’s not a good idea.'”

Whether Mulvaney will do that remains to be seen.

–With reporting by Brian Bennett/Washington 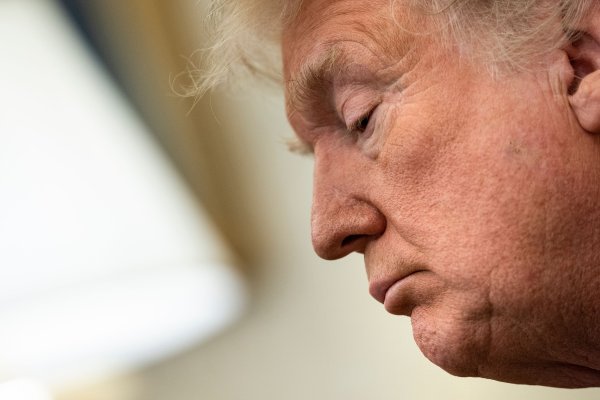 Trump Is Said to Have Been at Enquirer Hush-Money Meeting
Next Up: Editor's Pick