Less than a year after President Obama left Israel to the sound of loud cheering after he assured Israelis in Hebrew that they “are not alone,” a new poll has found that 70% of Jewish Israelis do not trust Obama to safeguard their nation’s vital interests in negotiations with the Palestinians.

The survey, published Friday in the Israeli weekly Sov Hashavua, is the latest in a string of recent polls demonstrating a precipitous fall in the confidence Obama appeared to have restored during his three-day visit last March. On Jan. 26, a Times of Israel poll found only one in five Israelis trust Obama to prevent Iran from obtaining a nuclear weapon, as he has vowed to do. The same survey reported just one in three Israelis has a favorable opinion of Obama. Last May, in the afterglow of his state visit, 61 percent in a Pew poll expressed “confidence” in Obama.

What’s happened since? The answer is: two negotiations, and a lot of tart exchanges.

The first negotiation was with Iran: In November, the United States and five other world powers made an temporary pact with Iran over the Islamic Republic’s nuclear program that Israeli Prime Minister Benjamin Netanyahu decried as a “a historic mistake.” Some prominent Israelis were less critical about the pact, which merely froze for six months a nuclear program that Israel wants to see dismantled, but Netanyahu’s ministers echoed his rhetoric, casting Obama as a sucker for an Iranian charm offensive.

The other negotiation was the peace talks between Israel and the Palestinians that Secretary of State John Kerry has relentlessly pursued. The talks, intended to last for nine months, showed so little progress around the half-way point that Kerry has begun assembling a “framework” that would justify an extension. The effort pushed the most contentious elements of any deal into public view as politicians were forced to float possible compromises.

It also made Kerry an object of increasing resentment. Last month Netanyahu’s Defense Minister, Moshe “Bugie” Ya’alon, was forced to apologize publicly after the State Department objected to his referring to Kerry as “obsessive and messianic.” Then Israeli officials lambasted Kerry for warning Feb. 1 of the downside for Israel if the talks fail, including “talk of boycotts.” The reference was to an incipient international movement aimed at pressuring Israel to end its occupation of Palestinian territories using the kind of economic pressure brought to bear on South Africa when it enforced apartheid.

But Netanyahu’s government seized on the warning as a threat. Strategic Affairs Minister Yuval Steinitz said Kerry’s remarks were “hurtful..unfair…intolerable” and amounted to asking Israel to negotiate “with a gun to its head.” Netanyahu said “attempts to impose a boycott on the state of Israel are immoral and unjust.” The State Department read Netanyahu’s statement as a conflation of Kerry with the hazard he was flagging, and issued a statement of its own admonishing “all parties to accurately portray his record and statements.” On Monday night National Security Advisor Susan Rice joined in, posting on Twitter: “Personal attacks in Israel directed at Sec Kerry totally unfounded and unacceptable.”

But in Israel, at least, the damage was done. Friday’s Israel Hayom daily carried yet another poll, this one showing only 21% of Israeli Jews thought Kerry was speaking out of “concern for Israel.” Sixty percent, the survey said, took his warning as a threat. 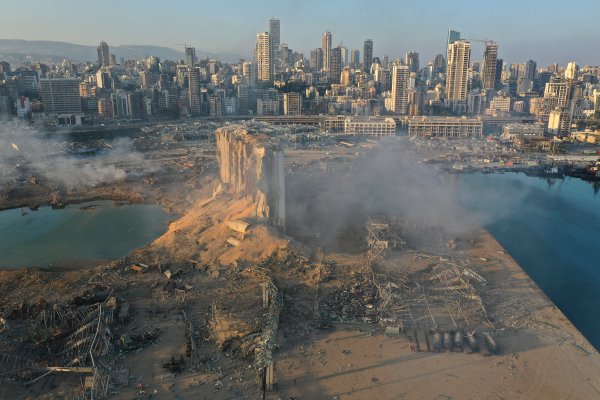 Beirut Searches for Cause After Explosion Kills 100
EDIT POST