Here's Why Russian Bombers Are in Venezuela. And Why the U.S. Is So Angry About It

U.S. Secretary of State Mike Pompeo tweeted out a statement calling the move “two corrupt governments squandering public funds, and squelching liberty and freedom while their people suffer.” The angry reaction may well have been the intended purpose, according to experts on Russia and Venezuela.

The arrival of the Tu-160 “White Swan” strategic bombers in Caracas on Monday serves to remind the United States that Russia can still project military might into the Western hemisphere, says Miriam Lanskoy, the Senior Director for Russia and Eurasia at the National Endowment for Democracy, a non-profit. “I don’t know that this constitutes some kind of military threat, but it is a communication about Russia’s overall global reach.”

The Tu-160 bombers were manufactured at the end of the Cold War and are among the most advanced strategic bombers in the world. They are capable of flying at twice the speed of sound and carrying both conventional and nuclear-armed cruise missiles that have a range of more than 3,400 miles. It’s not known whether the Russian bombers were carrying any kind of armament on their visit to Venezuela.

The White House told The Hill that the bombers — along with a Russian An-124 cargo plane and an Il-62 passenger jet — would leave on Friday.

Russia and Venezuela have had close military ties for decades. During boom times, oil-rich Venezuela has been a major buyer of Russian military hardware — with contracts for fighter jets, tanks, small arms and other equipment totaling more than $12 billion, according to Americas Quarterly. More recently, Russia has helped Venezuela develop a cryptocurrency intended to help it evade U.S. sanctions.

Those ties have loosened since Venezuela’s economy went into freefall in 2014 following years of declining oil production and economic mismanagement, but Russia is currently working to expand its influence in Latin America as well as around the world, Lanskoy says. Russia’s military has for years been intervening in Syria to help prop up dictator Bashar al-Assad, but it is also reportedly making inroads with U.S. allies like Turkey and Saudi Arabia. In Africa, a close Putin ally is reportedly offering mercenaries to strongmen in 10 nations.

Russia’s decision to land bombers in Venezuela also comes as the U.S. plans to pull out of the Intermediate-Range Nuclear Forces Treaty, which restricts the United States and Russia from keeping a broad range of nuclear-armed missiles. American officials say new Russian weapons are in violation of the treaty.

“This is Russia trying to force the U.S. to say, ‘listen, if you withdraw from this and if you make these moves in Europe, we will make these moves as well,’” says Diego Moya-Ocampos, a Venezuela analyst for IHS Markit.

For Venezuela, whose collapsing economy has led to chronic food and medicine shortages, the Russian mission represents a useful cameo on the world stage. President Nicolas Maduro will also be happy of a demonstration to potential opponents in the Venezuelan military that he still has powerful friends in Moscow, Moya-Ocampos said. The United States has imposed sanctions on several top Venezuelan officials, and earlier this year barred Americans from buying Venezuelan debt or debt from the state-run oil company.

The long-term repercussions of the Russian bombers’ presence are likely to be limited. Both Moya-Ocampos and Lanskoy say it’s unlikely the short-term stay of the Russian Tu-160 bombers could result in the establishment of of a Russian air base, like the one in Syria, or a Cuban Missile Crisis-style standoff with Russia stationing nuclear weapons in Venezuela.

A Russian base would represent a much larger investment in Venezuela than Russia has signaled it’s willing to make, as well as a larger provocation to the United States. “The permanent deployment of Russian troops on Venezuelan soil would go beyond the big brother relationship between Russia and Venezuela,” Moya-Ocampos says.

Moya-Ocampos also says Russia’s friendship with Venezuela is doing nothing to improve the desperate situation of Venezuelan citizens. The Russians — who had provided billion in loans to Venezuela — are now using the relationship to establish access to lucrative Venezuelan oil and mining.

Dire conditions in Venezuela are likely to get even worse in 2019. The International Monetary Fund estimated that the Venezuelan economy shrank by 18% in 2018, and expects a further contraction by 5% in 2019. Hyperinflation, estimated at 1.37 million percent in 2018, could reach 10 million percent for 2019.

“It’s simply a mess, the whole country is going down the drain,” Moya-Ocampos says. 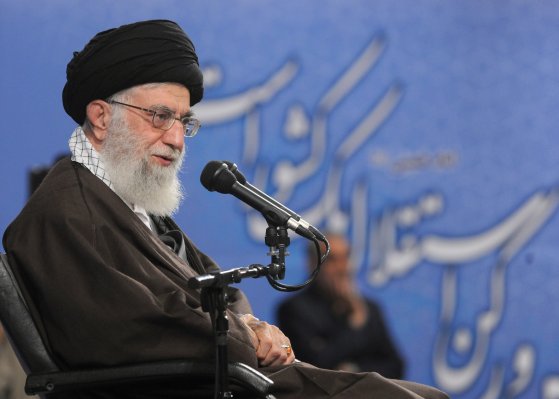