Nancy Pelosi’s path to Speaker of the House effectively seemed secure on Wednesday after she agreed to comply with a proposal limiting her tenure as the top Democrat in the House of Representatives to three terms.

The proposal to implement a new rule that would impose term limits was tentatively agreed upon Wednesday by seven members of the Democratic caucus who had said they would oppose her, but lawmakers were waiting on Pelosi’s office to officially announce her support for it.

“Over the summer, I made it clear that I see myself as a bridge to the next generation of leaders, a recognition of my continuing responsibility to mentor and advance new members into positions of power and responsibility in the House of Representatives,” Pelosi said in a statement. “I am comfortable with the proposal and it is my intention to abide by it whether it passes or not.”

The negotiations on the proposal were helmed by Reps. Ed Perlmutter, with Rep. Linda Sanchez and Rep. Bill Foster joining for a meeting on Tuesday with Pelosi, according to one Democratic aide.

Immediately after Pelosi issued her statement in support of it, all three representatives issued statements of support for her. Seven representatives who were withholding support now said they would back her. This included two of the most vocal lawmakers calling for new leadership, Reps. Seth Moulton and Tim Ryan.

The show of support effectively gives Pelosi the backing she needs from her caucus for speaker’s gavel, although the official vote will not take place until Jan. 3.

But the support was conditional upon making this term her last, unless she receives overwhelming approval from the caucus in the 117th Congress. Under the terms of the agreement that were reached, the top three posts in Democratic senior leadership would be limited to a three-term tenure. A fourth term would need to be subject to approval by two-thirds of the caucus.

The term limit rule would retroactively apply to Pelosi, as well as her two top deputies, Steny Hoyer and James Clyburn. It would mean that they would have one more term left, unless they gained that supermajority support in the next Congress.

The requested rule change, however, would need to pass by a majority of Democrats in the new Congress. Pelosi said the proposal will be voted on in February, but that she intends to comply with it even if it does not pass.

The proposed rule change will most certainly push Pelosi over the top in terms of speaker votes – she needs 218 votes on the floor – but a handful have still said they will vote against her. This means incoming lawmakers who had opposed her on the campaign trail are still free to vote against her on the floor without mathematically impeding her ascent to the speaker’s gavel. 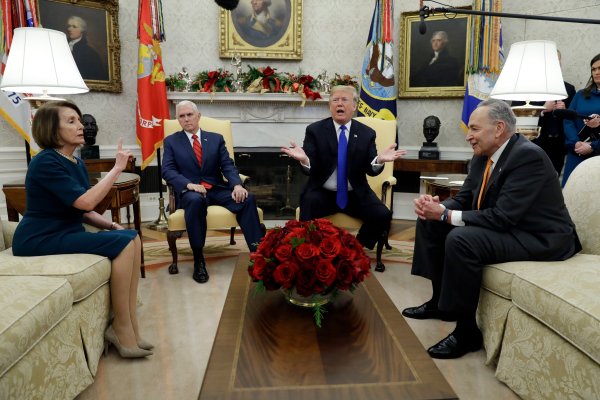