On Wednesday, a judge sentenced President Trump’s former personal lawyer Michael Cohen to three years in prison. The sentencing comes four months after Cohen pleaded guilty to campaign finance violations and admitted that, per Trump’s “direction,” he had directed payments to adult film actor Stormy Daniels and former Playboy model Karen McDougal during the 2016 campaign, in order to prevent their stories of alleged affairs with the then-candidate from getting out. In a statement at the sentencing, Cohen reportedly said that he had acted out of “blind loyalty” to Trump and that he “felt it was [his] duty to cover up his dirty deeds.”

For a White House that has frequently drawn parallels to the turmoil of the Watergate era, Cohen’s sentencing adds one more tick to the list. Herbert W. Kalmbach, President Richard Nixon’s personal lawyer, received a prison sentence on June 17, 1974, exactly two years after the Watergate break-in, for funneling hush money to Watergate defendants.

“In Watergate, he’s the money, the bagman” says Ken Hughes, an expert on Watergate at the University of Virginia’s Miller Center of Public Affairs, who spoke to TIME as part of a presidential-history partnership between TIME History and the Miller Center.

In 1975, TIME described Kalmbach as one of three “men who were among the first to tell the truth about the Watergate cover-up.” (The others were Nixon’s White House Counsel John Dean and Jeb Stuart Magruder, a White House communications aide and a deputy director on Nixon’s re-election team.)

As TIME explained back then, Kalmbach pleaded guilty, on Feb. 25, 1974, to: “1) violating the Federal Corrupt Practices Act by helping create and run a secret committee in 1970 for which he collected nearly $4 million for congressional candidates but had no treasurer or chairman and failed to file reports as required by law; 2) soliciting and accepting a $100,000 political contribution in 1970 from J. Fife Symington Jr., Ambassador to Trinidad and Tobago, in return for a pledge—which Kalmbach testified that he cleared with an unnamed White House aide—that Symington would get a higher-ranking ambassadorial post in Europe.”

By this point, TIME reported, Kalmbach had admitted to raising funds for hush money and what he said were legal fees for the defendants and their families; he used Anthony Ulasewicz, an investigator who worked in the White House, to execute many of the deliveries, and the two coordinated from public telephone booths using code names.

During the sentencing, Kalmbach’s attorney argued to federal judge John J. Sirica that “his client had been ‘used’ by White House officials whom he had trusted.”

That trust was the product of a long history between Kalmbach and Nixon, and a relationship that formed way before the Watergate break-in. Kalmbach had first connected with the Nixon orbit when he was Vice President in the mid-50s, at which point he worked primarily with H.R. Haldeman, who became Nixon’s White House Chief of Staff. He later quit an insurance company job to join Nixon’s unsuccessful 1960 presidential campaign. Kalmbach served as a finance chair of Nixon’s 1968 campaign and deputy finance chair of his 1972 campaign. “He thinks Nixon is the Lord himself,” a former co-worker said of Kalmbach.

Not that Nixon was Kalmbach’s only client; others included major hotel and airline chains and Hollywood entities. “All appearances to the contrary, however, Herbert W. Kalmbach in those halcyon days was neither a political boss, a godfather of the Mafia nor the local bookie,” TIME wrote in a 1973 profile, describing him as a lawyer who built one of California’s and the nation’s best law firms, and who was known for his “ability to get quick, and often favorable, rulings from Government agencies.”

Here’s how TIME detailed Nixon and Kalmbach’s partnership in 1974:

But he ended up only serving about six months, as Judge John Sirica cut Kalmbach’s prison sentence short in January of 1975. That month, TIME reported that Sirica had probably wanted to wait until after the conspiracy trial ended. “The testimony of Dean, Magruder and Kalmbach had helped convict four former officials of the Nixon Administration—John Mitchell, H.R. Haldeman, John Ehrlichman and Robert Mardian—in that trial,” the magazine reported.

The magazine learned that in addition to Sirica feeling like the trio had been “sufficiently punished,” the judge had been moved by Kalmbach’s “weeping at the trial,” which “dramatized the personal tragedy inflicted upon those caught up in the scandal.” The judge and the nation seemed to feel that Kalmbach had been naive, and exploited by “shrewder” operatives.

Kalmbach, disbarred when he went to prison, got back his license to practice law in 1977 and resumed practicing real estate law. He died last year at 95. 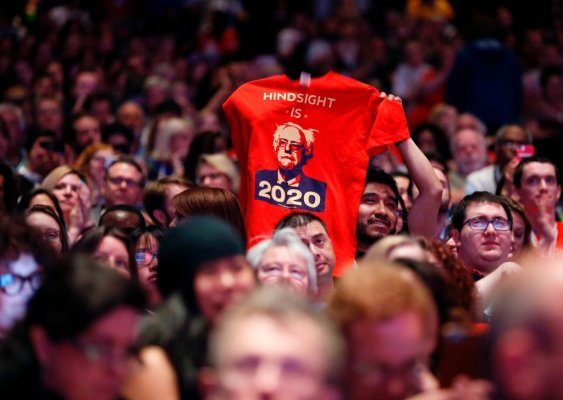